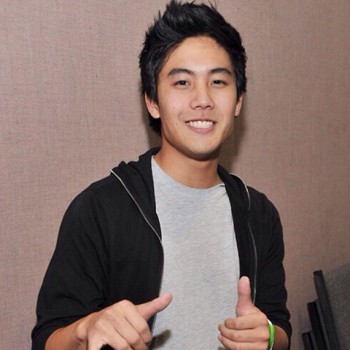 Facts of Ryan Higa’s net worth

Ryan Higa, born on June 6, 1990, is a famous YouTuber and actor with an estimated net worth of $10 million. He is famous for his Youtube channel NigaHiga. The Hawai-born online star has over 3 billion views on his channel and near to 19 million subscribers. Higa not only earns from Youtube ads and sponsorships but also from movies, phone apps, and website merchandise store. Known for his comedy and impersonations, Higa estimated annual salary/earning is $2.5 million.

Higa is one of the veteran YouTubers who has been remarkable since the launch of YouTube. Riga along with fellow star Sean Fujiyoshi started their Youtube journey by uploading his lip-syncing songs videos that he made for his family. The videos went viral in a brief amount of time. Ryan later experimented with many comedy pieces while working with other famous YouTube celebrities such as Tim Enos, Ryan Villaruel, Kyle Chun and Tarynn Nago. NigaHiga officially came live on July 20, 2006.  Ryan and his friend Fujiyoshi, Enos and Nago, collectively known as The Yabo Crew created the channel. Additionally, Higa created his second channel named HigaTV in 2011. He posts video blogs and behind the scenes videos on the channel. Reportedly, HigaTV currently has over 4.5 million subscribers to the channel. Besides, he was a judge of the online video-making talent competition, Internet Icon, in 2012. Nevertheless, he has also enjoyed successful acting and filmmaking careers.

He has also worked in short film about ninjas in Ninja Melk in 2009. He also starred in horror film Tell Me How I Die in 2016.

Higa also had his own non-profit organization Ryan Higa Foundation Inc. From this foundation, they give an award " Best Day Ever" to those individuals who do a charitable act towards needy and underprivileged persons.

Kanoe Ho and Luci Higa in front of the new Honda CR-V presented to Kanoe from the Ryan Higa Foundation.

Born and raised in Hilo, Hawaii, Higa derives Japanese descent from his ancestors.  Higa holds a black belt in Judo. He also wrestled during his high school. The rising star graduated from Waiakea High School in the year 2008.