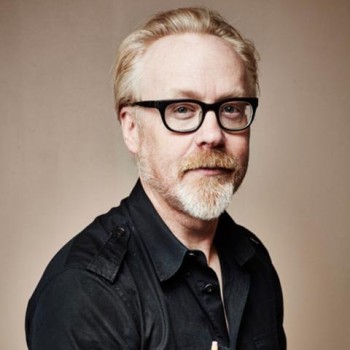 Facts of Adam Savage’s net worth

Adam Whitney Savage, born on 1967 July 15th, is an American effects designer, educator, actor, and television personality. He has an estimated net worth of over $8 million. His estimated annual salary/income is $1 million. Adam's fans best known him for his model work in hit movies such as  Star Wars: Episode II-Attack of the Clones, The Matrix Reloaded, and Bicentennial Man. Likewise, people also know him as a co-host of television series, "MythBusters" and "Unchained Reaction." Also, he is an editor and contributor at Tested.com.

Though he was born in New York City, he grew up in Sleepy Hollow in Westchester County, New York. The multifaceted persona graduated from Sleepy Hollow High School in 1985. His mother was a psychologist, and his father was a filmmaker and artist. Before he began his professional career, he appeared in various commercials, music videos, and other on-screen projects. By the age 19, he had already gained the knowledge of graphic design and assistant animation in New York. He later worked in theaters, doing animation and performing special effects.

Adam Savage tied his wedding knot with Julia Ward in 2002. However, he has twin sons from his past relationship. The happy family currently resides in San Francisco. Savage is an atheist