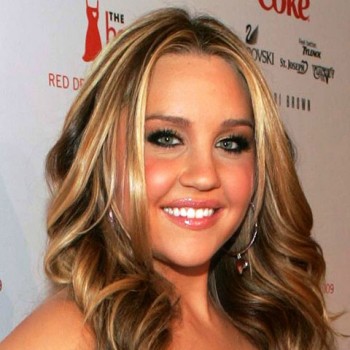 Facts of Amanda Bynes’ net worth

Amanda Bynes is an American actress, singer and fashion designer. She was active in the industry up until 2010.  According to Forbes, she collected 2.5 million in 2007, increasing her net worth to 8 million. Unfortunately, her net worth decreased over the years. Her current net worth is $6 million. Amanda Bynes has also faced several legal issues so far, including a DUI and a and marijuana case.

Born on April 3, 1986, in Thousand Oaks California to a dental assistant/office manager mother and a dentist father, Bynes is the youngest out of three children. At the age of 7, Bynes started her on-screen professional career by appearing in a television advertisement for Buncha Crunch Candies. Prior to appearing in the advertisement, she only had an experience of attending a comedy camp. Later, she started appearing on stage versions of popular music such as Annie, The Secret Garden, The Music Man followed, and The Sound of Music. In 1993, she started her acting career from the American live-action, sketch comedy variety show, All That. She portrayed various roles in the television show from 1996 to 1999. In 1997, she also joined Nickelodeon's Figure It Out as a regular member. Amanda then enjoys her on own sketch comedy show, The Amanda Show, from 1999 to 2002. She was just 13 when she started The Amanda Show. Finally, in 2002, she made a hit big-screen debut from the American Teen Comedy Film Big Fat Lier opposite Frankie Muni. Also, in the same year, she also co-starred in the WB sitcom, What I Like About You, with Jennie Garth. She portrayed the lead role of Holly Tyler on What I Like About You from 2002 to 2006. Charlotte’s Web 2: Wilbur’s Great Adventure, What a Girl Wants, Robots, She’s the Man, Living Proof, Easy A, Blue’s Clues, Crashbox, The Nightmare Room, Rugrats, What I Like About You, and  Family Guy is some of her noted movies and TV credits. Her last on-screen project was the role of Marianne in the hit American Teen Comedy Film, Easy A, 2010.

In August 2007, Bynes teamed up with Steve & Barry's to create her own fashion line called Dear. Unfortunately, the company filed Chapter 11 bankruptcy in 2008 before cutting the line short. In June 2010,  Amanda announced that she would be retiring from acting. Although Amanda later ended up changing her retired status to unretired, she hasn't taken any on-screen projects since Easy A. In an interview in 2012, Amanda said that she would rather focus on launching a career in fashion designing. And finally, in 2013, she joined the Fashion Institute of Design & Merchandising in Irvine.

In an interview in 2014, Amanda stated that she wanted to settle down. She was then engaged to a 19-year-old bait shop worker. In 2008, she also briefly dated the creator of "Family Guy,"  Seth MacFarlane.