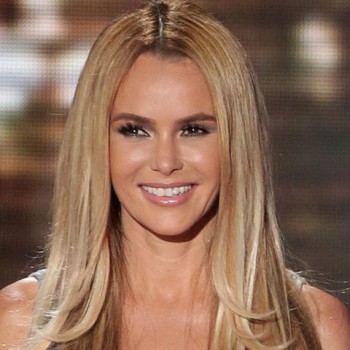 Facts of Amanda Holden’s net worth

English television veteran Amanda Holden holds multiple profession achievements. She is a television presenter, an award-winning actress, singer, and philanthropist. Her current estimated net worth is £6 Million, and her current British Got Talent salary is £500,000 per year. Fans especially know Holden as a judge on ITV’s Britain’s Got Talent. In fact, she has been judging the show since the show began in 2007.

Amanda first started her professional life as a contestant on the game show, Blind Date, in 1991. Later from 2006 to 2008, Holden starred as Sarah Trevanian in three series of ITV's drama series Wild at Heart co-starring Stephen Tompkinson. Likewise, she also starred as Mia Bevan in the BBC One drama series, Cutting It, from 2002 to 2005. Her other major on-screen appearance out of many includes A Night of Heroes: The Sun Military Awards (presenter, 2009 to 2014), Lorraine (2012-2016, guest presenter), This Morning (2014-present, presenter), and The Worst Watch(2017). Likewise, she has appeared in TV ads for Tesco, and  Danone Oykos low-fat yogurt, and Alpen Brighter Morning Challenge. Nevertheless, Amanda is the author of her Sunday Times Best Seller autobiography No Holding Back, penned in 2013.

Amanda Louise Holden was born in Portsmouth, Hampshire, UK, on February 16, 1971. Holden was raised up in Bishop’s Waltham. She joined Bishop’s Waltham Little Theatre Company at the age of 9. Later, she went to Swanmore Secondary School before joining Mountview Academy of Theatre Arts. Holden first married comedian Les Dennis in June 1995. However, Les and Holden went through a divorce in 2003. Later, she got pregnant with her first child with her fiancé Chris Hughes, a record producer, in 2006. The pair married in December 2008 and later welcomed their second daughter in 2012 after one miscarriage in 2010.