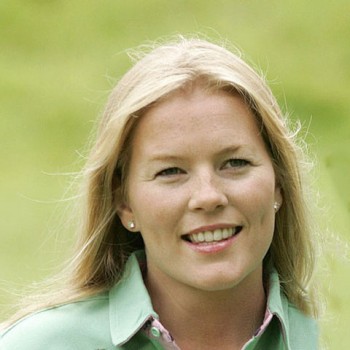 Autumn Kelly (Autums Patricia Philips) serve herself as the wife of Peter Philips, the son of Princess Anne and the oldest grandchild of Queen Elizabeth II and Prince Philip, Duke of Edinburgh.

Kelly along with her twin brother Christopher “Chris” and older brother Kevin was born in Montreal, Quebec. Autumn is the daughter of Kathleen “Kitty” and Brian Kelly who is an electricity company executive. Growing up with her siblings, she was raised in Cedar Park, Pointe-Claire, in the English speaking West Island region of Montreal. The younger Autumn, faced tragic separation of their parents’ divorce when she was only eight years old. Whereas, the keen Kelly attended a Roman Catholic primary school followed by St. Thomas High School, a Roman Catholic foundation. Autumn went to McGill University and has worked as a bartender, model, and actress. She graduated with Bachelor of Arts degree in East Asian studies in 2002 and began her career as a management consultant. Meanwhile, she has appeared in numerous movies such as Rainbow and Tigrette Number 3. In addition, she has also appeared in the famous Canadian-American crime drama Sirens.

Kelly first met her future husband and Royal Prince Peter Philips during 2003 Canadian Grand Prix. Philips was working for WilliamsF1 then, while she was just a normal girl attending the Grand Prix. According to the Canadian Security Intelligence Service, Kelly didn’t know for six weeks about Philips. She later knew that he was the son of Queen Elizabeth II’s Grandson when she saw him on television. The pair engagement was announced at Buckingham Palace on July 28, 2007, while she later converted from Roman Catholicism to Anglicanism. The pair married on May 17, 2008, at St George’s Chapel at Windsor Castle. Kelly gave birth her first child and Queen great grandchild, Savannah at December 29, 2010. She is the first Canadian citizen to be in the line of succession to thrones of the Commonwealth realms. Whereas, she has dual citizenship. The pair welcomed their second daughter, Isla who is the 14th in line for the throne on March 29, 2012.