Facts of know about Bella Thorne Net Worth and her income source, career,personal life

An American actress and singer, Annabella Avery Thorne, who is also known as Bella Thorne, came into the limelight after appearing in the popular series “Shake It Up”. Nowadays she is portraying at the Freeform series, “Famous in Love”, where she plays the character of Paige. It is estimated that she has a total net worth of $5 million. 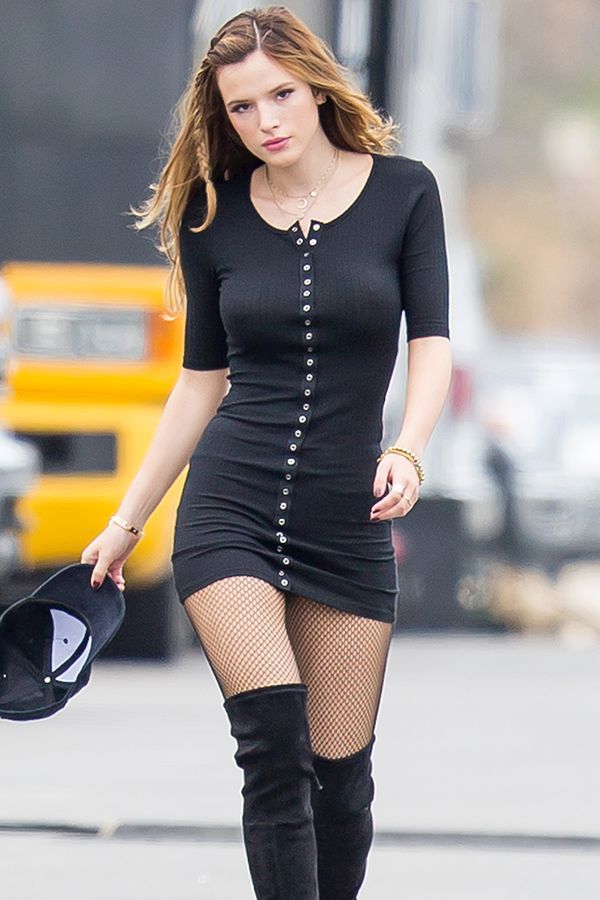 Know about Bella Thorne's sources of earnings, net worth, and her assets

Bella's career as an actress has really been splendid. Her appearances on different screens of the entertainment industry have not only made her one of the most recognizable faces in the industry but have also made her worthy of whooping $5 million dollars.

Talking about her different appearances, let us begin with her movies appearances.

So far, Bella has appeared in more than thirty different movies, almost all of which are liked by its viewers.

Her appearances in different movies also includes the popular movies like "Midnight Sun", "The DUFF", "Blended", "You Get Me", "The Babysitter", "Amityville: The Awakening", "Alexander and the Terrible, Horrible, No Good, Very Bad Day", and "Shovel Buddies".

One of her popular movies, "The DUFF", which was produced with a total budget of $8.5 million releasing on February 12, 2015, grossed $43.5 million, as per the Box office record.

Similarly, her other movies like "Midnight Sun", "Blended", and "Alexander and the Terrible, Horrible, No Good, Very Bad Day" also grossed $17.6 million, $128 million, and $101.4 million respectively, as per the Box office record.

As per the sources, it is known that the actress has been able to record a total collection of $599 million dollars at the Box office from her movies appearances.

Apart from this, she has also credited the screens of different Tv shows with her praiseworthy acting talents.

Her acting talent can be easily seen in different Tv series including "Shake It Up", "Famous in Love", "PrankStars", "Big Love", "Little Monk", "My Own Worst Enemy", and "The O.C.".

All these appearances on movies and TV shows have added a great sum of money to the Diva's total net worth.

She has also remained part of "Alice in Wonderland", a stage play in 2015.

These appearances have also contributed to Bella's existing net worth.

In addition to these, she has also been collecting a good sum of money from her endorsements deals which she has signed with different brands and products.

She has been endorsing different brands and products including "Neutrogena", "Miss Me", and "Biore". 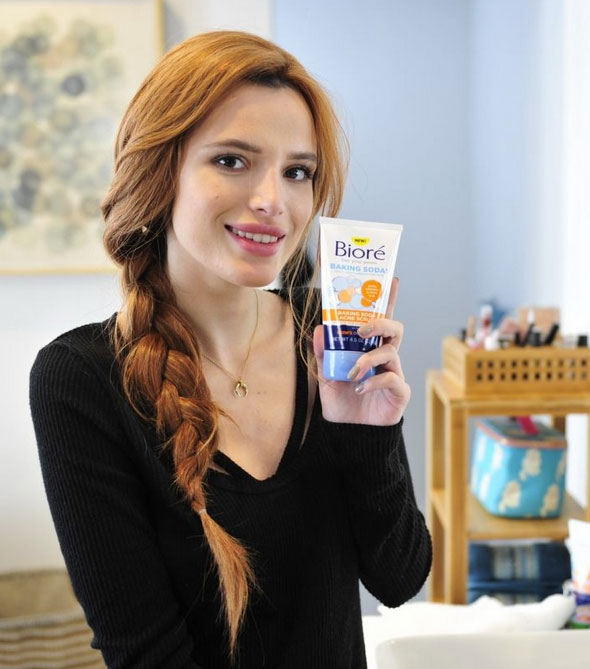 Similarly, she has also grabbed a good sum of money for her voice works in popular video games like "The Ant Bully", and "Marvel Avengers Academy". The cute and beautiful, Bella, has not only limited herself to making money from her several appearances but has also managed her time for several charity works.

She has been associated with different non-profit organizations and has been providing financial aid for organizations like "Cystic Fibrosis Foundation", "The Nomad Organisation", and "the Humane Society to support children in Africa". 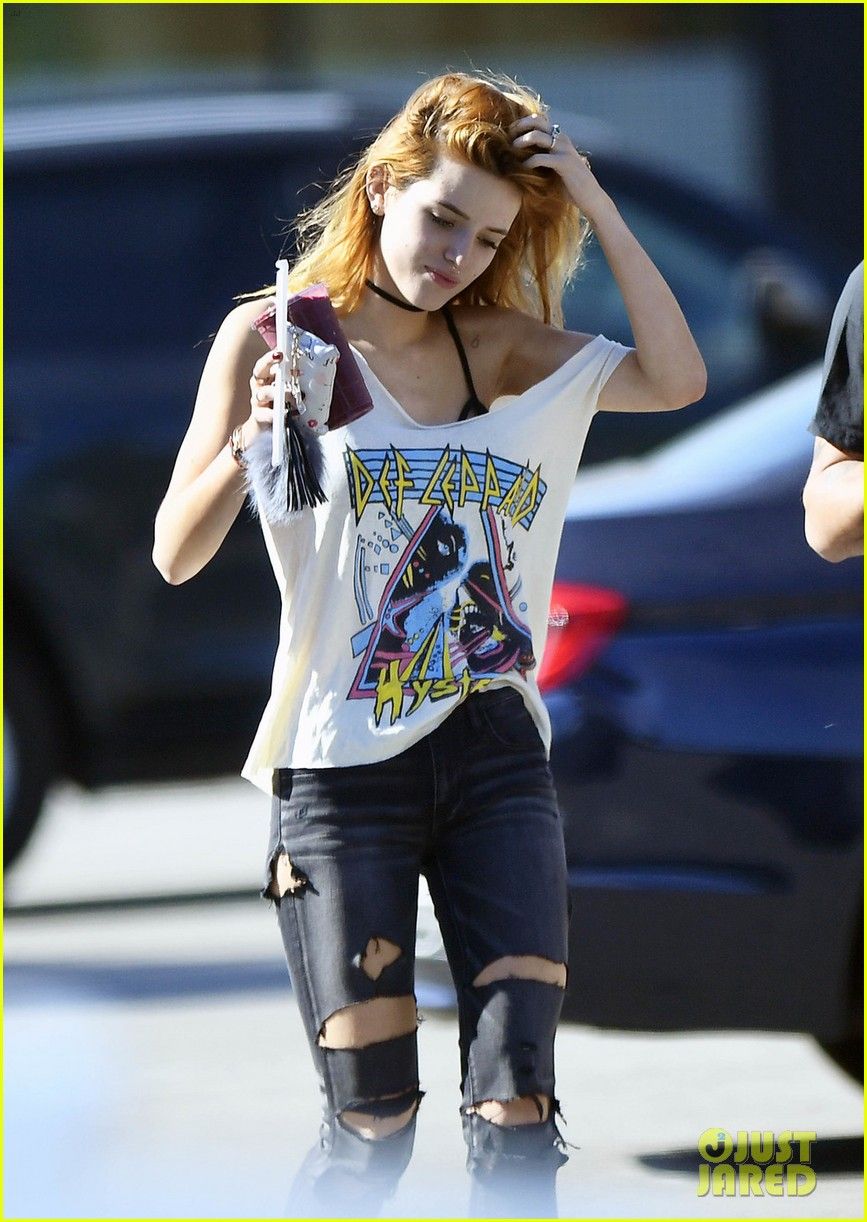 No doubt any woman with an impressive net worth of $5 million dollars want to become the owner of different luxurious cars and villas. In this regard, the actress, Bella is also the owner of a fascinating house, situated in Sherman Oaks area of Los Angeles.

It is said that the house was bought by Bella back in 2016, paying $2 million dollars. The house consists of six bedrooms, six bathrooms, and a gourmet kitchen, and covers a wide area of 4,500 square feet.

Moving towards her car collection, she has got different luxurious cars including a white colored Porsche Panamera. Car's worth price is not known to us so far. 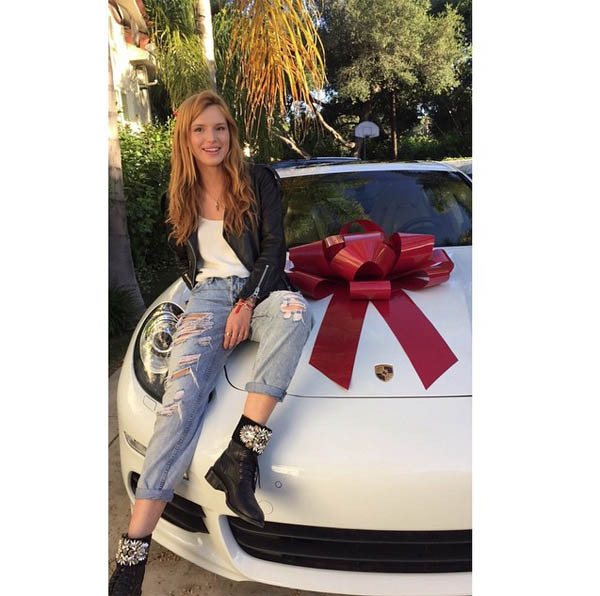 She is living a happy and lavish lifestyle in her Los Angeles house with her dear two pet digs (poodle mix Kingst (worth $68,400), and Siberian Husky (worth $69,200)), and three cats. How did Bella come into the spotlight of media? Know about Bella Throne's early life and career beginning:

Bella with a full name of Annabella Avery Thorne was born to parents Tamara Thorne and Delancey Reinaldo, on October 8, 1997, in Pembroke Pines, Florida, the U.S. she has three siblings, all of them are actors. She was raised up by her single mother after her father’s death in a horrible traffic accident. No information related to her educational background is known to us.

She was interested towards acting from her early age and when she reached 14 she had already appeared on more than 60 different commercials and 20 television series.

Her debut on the big screen was made in 2003, from the movie, “Stuck On You”, where she played MC Sideline. The movie grossed $65.8 million against its budget of $55 million.

After this, she has appeared on different movies including the popular movies like "Midnight Sun", "The DUFF", "Blended", "You Get Me", "The Babysitter", "Amityville: The Awakening", "Alexander and the Terrible, Horrible, No Good, Very Bad Day", and "Shovel Buddies".

Her first Tv appearance was seen in the year 2006 when she appeared in “Entourage”. She also has been part of several other Tv shows including "Shake It Up", "Famous in Love", "PrankStars", "Big Love", "Little Monk", "My Own Worst Enemy", and "The O.C.".

How is the personal life of actress  Bella? Is she single or dating someone? Know about Bella Throne's personal life, relationships, and dating history:

The gorgeous and no doubt the pretty diva, Bella, is in a romantic relationship with Derek Smith. The couple started dating each other on 19th Oct 2017. 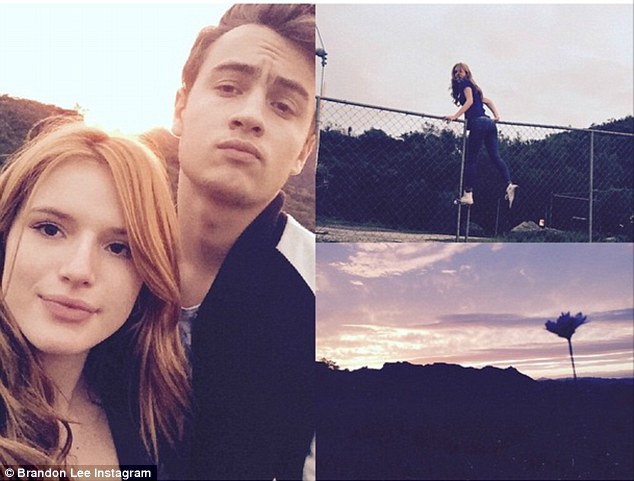 However, on August 23, 2016, a shocking news came into the media that, the diva is bisexual. 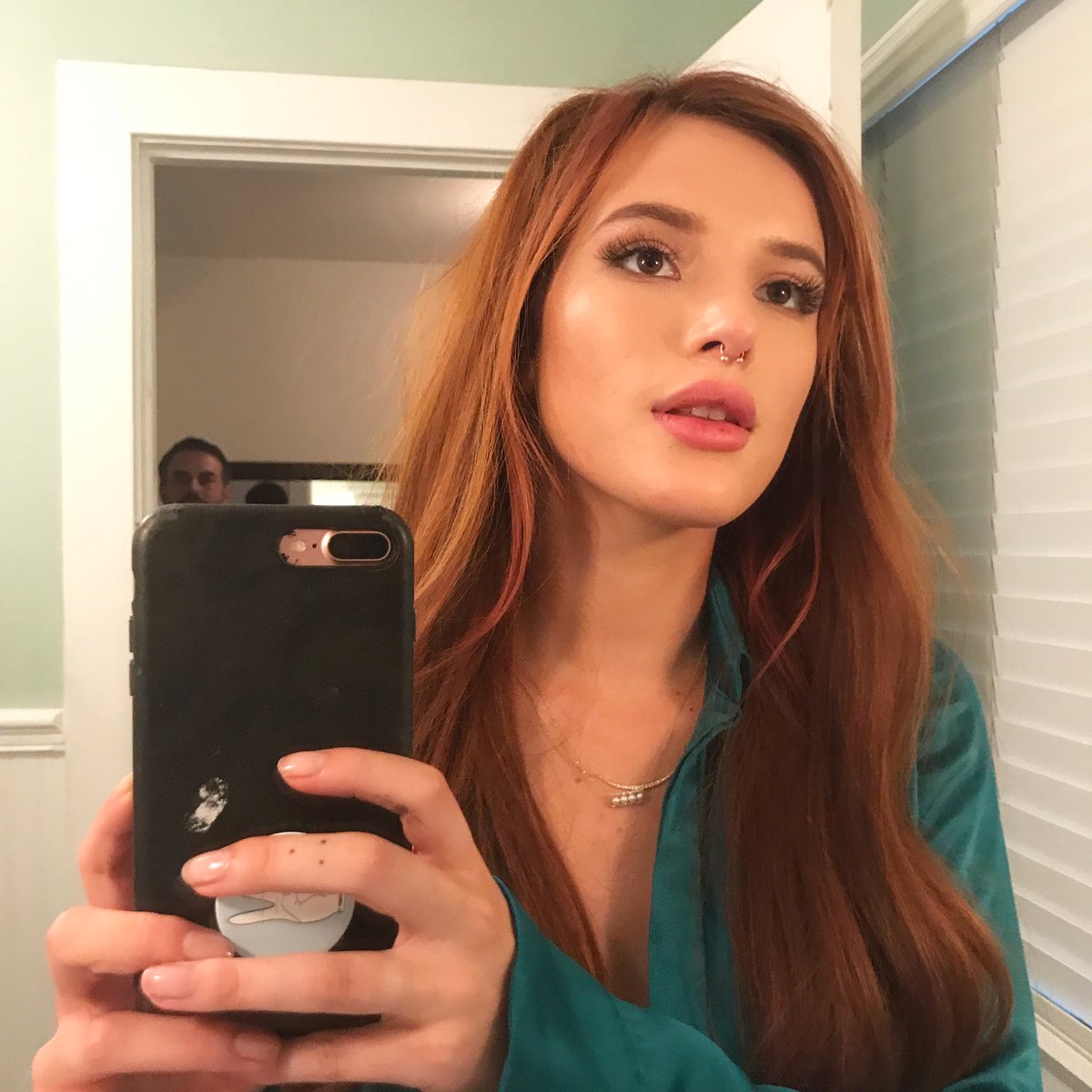 On her Instagram account, so far, she has posted for 4,565 times and has collected over 17.3m followers.

Similarly, on her Twitter account, she has tweeted for more than 79.4k times and has nearly 7 million followers. 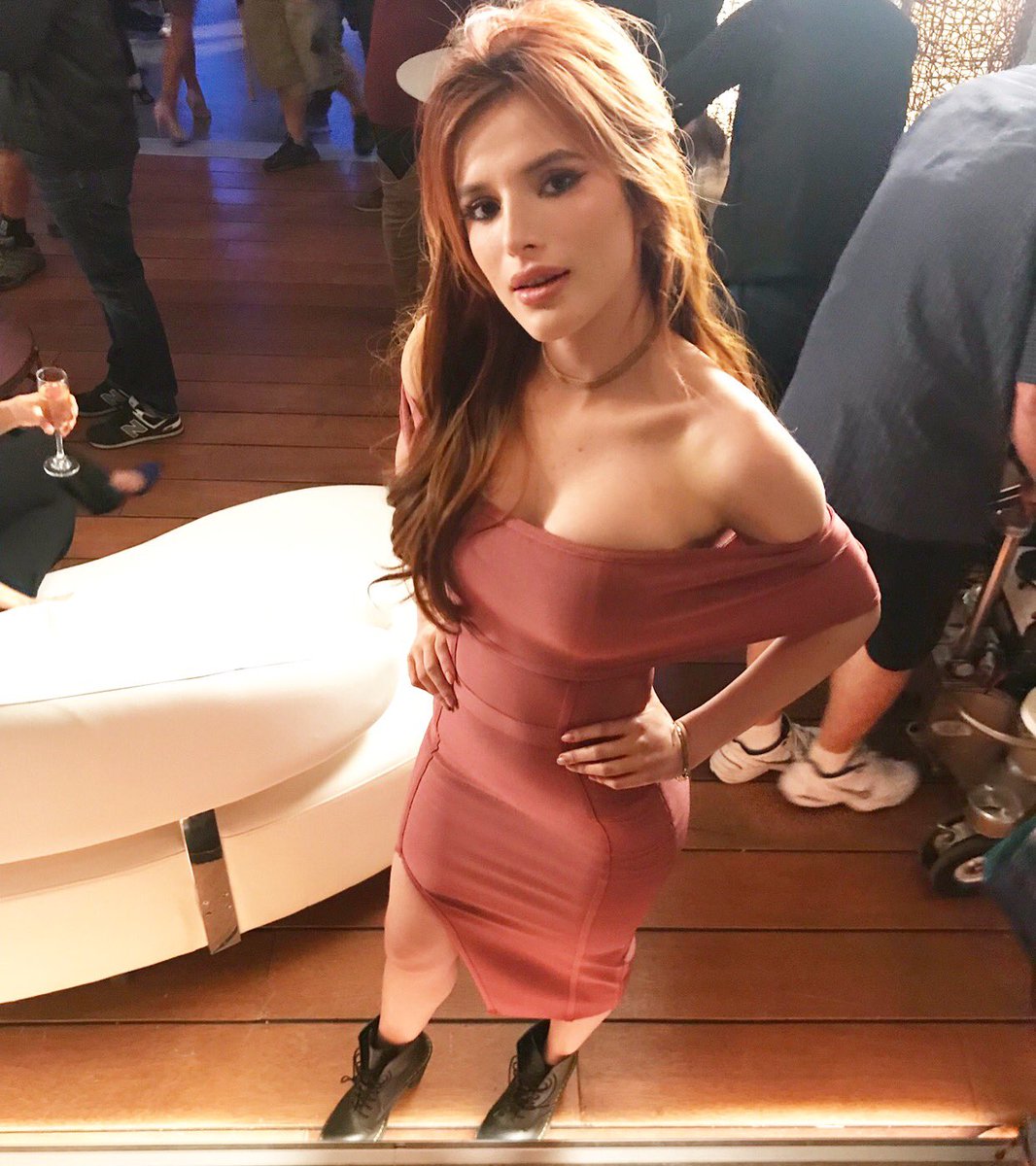