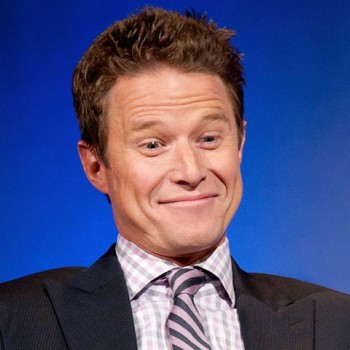 Facts of Billy Bush’s net worth

William Hall 'Billy' Bush, born on October 13, 1971, in New York City, New York, US, is an American radio and television host. Bush's estimated salary on "Today" was $3.5 million per year while his estimated net worth is $9 million. He is best reckoned for hosting popular programs such as Access Hollywood, The Billy Bush Show and Today.  His own show, 'The Billy Bush Show' was a nationally syndicated show that aired from 2008 to 2014. In October 2016, William, an NBC suspended, had to resign from NBC because of a tape scandal involving him and the president-elect, Donald Trump.

Bush rose to prominence in 2004 when NBC hired him to cover the Summer Olympics in Athens. In his around two decades of professional career, Billy has covered numerous events in his life, including Golden Globes, Grammy’s and Academy Awards. Similarly, he has co-hosted Miss Universe pageant for four times. Bush was also one of the Esquire magazine's “10 Men” in 2008. In the mid 90's, William started his professional career hosting the afternoon drive show on WLKZ-FM Channel located in New Hampshire. Later, he joined “Access Hollywood” in 2001. Billy became famous covering the entertainment for the show. In 2004, he became the primary anchor of the show. Access Hollywood, he worked for WWZZ-FM located in DC from 1997 to 2001. He was the host of Billy Bush and the Bush League Morning Show at the radio station. Prior to Access Hollywood, he hosted the show 'Billy Bush and The Bush League Morning Show' on WWZZ-FM located in DC from 1997 to 2001.

Bush quitted Access Hollywood in 2016 and joined NBC to host The Today Show, replacing Willie Geist. He left NBC in October 2016 after the tape scandal destroyed his public image beyond repairs.

On October 7, 2016, "The Washington Post" published an article and accompanying video about Billy Bush and Donald Trump having "an extremely lewd conversation about women" in 2005. The "Trump-interview" video was supposed to be the part of a footage for Access Hollywood in 2005. Trump was then promoting a cameo appearance in an episode of  “Days of Our Lives." In the shocking video, Donald was found discussing an unsuccessful attempt to seduce Nancy O” Dell while Bush was found playing along  Donald's offensive statements with hard laughs and good cheers.

William Hall “Billy” Bush was born to the parents Josephine and Jonathan Bush. Hall went to St. Bernard’s School and graduated in Bachelor of Arts from Colby College in 1994. Bush tied his wedding knot with Sydney Davis on April 4, 1998. They share three children with each other. Children Josephine “Josie,” Mary and Lillie along with Bush and Davis lives in Los Angeles. The couple shares three children with each other, namely Josephine “Josie,” Mary, and Lillie. The happy family currently reside in Los Angeles.