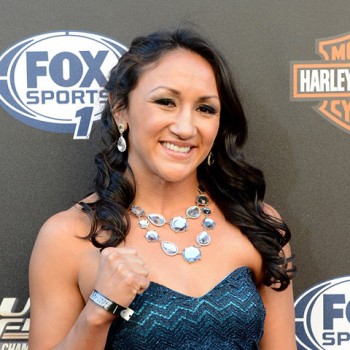 Facts of Carla Esparza’s net worth

Carla Kristen Esparza, born on October 10, 1987,  is an American mixed martial artist competing in the Strawweight division of the UFC. Esparza has an estimated net worth of $462,000 (2015 record). Kristen has collected $189,500 in salary so far (bonuses+ official UFC Rebook sponsorship included). She was the first UFC Strawweight Champion, and also the first Invicta FC Strawweight Champion. Kristen is famously known for her grappling abilities. She currently ranks #3 in Women Strawweight.  Likewise, she won the UFC Championship by triumphing a 16 women tournament The Ultimate Fighter. Her current MMA record is 11 wins out of 14 matches - 4 by knockout, 4 by submission, and 4 by decision.

Carla first started wrestling for the varsity team during her junior year at Redondo Union High School. Young Carla later joined Menlo college on a wrestling scholarship. While at Redondo, she had won numerous local and national high-school wrestling tournaments. At Menlo, she got an amazing opportunity to train under coach and two-time Olympian, Lee Allen. Esparza had a successful career at Menlo. She earned the women's wrestling All-American for two times, in 2008 and 2009, with Menlo Oaks Also at Menlo, she started learning Brazilian Jiu-Jitsu at the Gracie Academy under experienced fighters such as Rener, Ryron, and Ralek Gracie. She also learned various mixed martial arts under Team Oyama while at Meno.

The Ultimate Fighter and UFC

The fighter signed a contract with UFC in 2013 to compete on The Ultimate Fighter season 20. Defeating the major fighters such as Angela Hill, Tecia Torres, and Jessica Penne, Carla became the finalist of the UFC Strawweight championship competition. She defeated Rose Namajunas in the 2014-final, also winning the Performance of the Night award. Later, on March 14, 2015, she lost her title defense against Joanna Jedrzejczyk via TKO. Esparza invested rest of the year recovering from a shoulder surgery. She underwent the surgery in mid-2015, Joanna later came back to her winning self at UFC 197, where she defeated Juliana Lima.