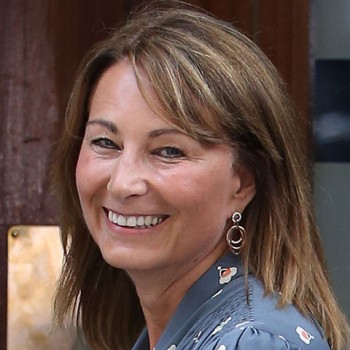 Facts of Carole Middleton’s net worth

Carole Elizabeth Middleton (nee Goldsmith), born on 1955, January 31, is a former flight attendant turned owner of a party supply company, Party Pieces. The Middletons have been operating the company since 1987. Carole is also known as the mother of the British Princess, Catherine Elizabeth, Duchess of Cambridge. Carole Middleton and her husband estimated shared net worth is around  £50 million, mostly derived from the estimated worth of the company, that is £45 million.

The former flight attendant launched Party Pieces in the 1980's. Her husband Micheal Francis Middleton, even left his own airline admin job to assist her in the business. The company initially operated producing party bags, but now sells party supplies, party decorations, catering facilities. Then, Carole's two eldest children were studying at a pre-school. The business boomed during the 90’s and they moved the business into a range of farm buildings at Ashampstead Common. They were previously living at Bradfield Southend. The couple's known properties include  £1m 18-acre manor house in leafy Berkshire, a flat in Chelsea, and other family inheritance including trust fund from Francis' late grandmother, Olivia Middleton.

Carole was born on Perivale Maternity Hospital to the parents Dorothy Harrison and Ronald Goldsmith. She grew up in a small house in a Southall and attended the local state schools located in Southall. Furthermore, Carole Middleton is the sister of IT recruitment multi-millionaire, Gary Goldsmith. Believe it or not, Carole share ancestry roots with King Edward IV, Sir Thomas Blakiston Conyers, and Queen Elizabeth, the Queen mother. The face is a surprise once given Carole's near ancestors were coal miners, goldsmiths, and laborers.

The princess' mother met her future husband while she was working with British Airways as a flight attendant. Michael Francis Middleton was a flight dispatcher at that moment. The pair tied their wedding knot on June 21, 1980, at the Church of St James, in Dorney, Buckinghamshire. Carole's husband Michael is the son of pilot Captain Peter Middleton and the grandson of Olive Middleton (Lupton). Olive Middleton was the member of the famous Lupton family.

Carole Middleton arrives with son James Middleton -The pair share three children with each other, namely, Catherine, Pippa Middleton, and James Middleton. Catherine married Prince William, Duke of Cambridge in 2011. The happy Carole is now a grandmother of Prince George and Princess Charlotte.