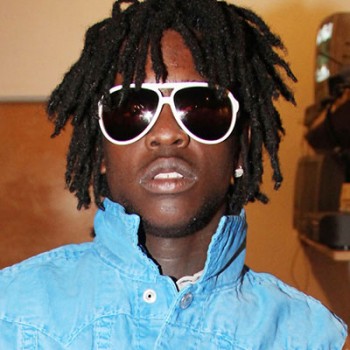 Chief Keef (Keith Cozart) is an American rapper and Chicago-Illinois-based record producer. Keef has an estimated net worth of $2 million. He is one of the prominent figures of the Drill music genre. Keef is the CEO of his own record label, Glory Boyz Entertainment.

Chief's debut album was Finally Rich, which was released in 2012. Chief had been associated with popular records such as  Interscope Records, 1017 Brick Squad, and FilmOn in the past. The famous young rapper came into prominence after posting his rapping and mixtape videos on YouTube in 2011. Then, he was a teenager, who had been serving a house arrest for illegal arms possession and gunshots. At the moment, he has been earning a fair amount of money. But recording his child support and other cash flows, it is estimated that he earns a hefty amount of $200,000 per year. On the other hand, he receives between $40,000 and $85,000 per show. Once on Twitter, the famous rapper revealed that he was earning $100,000 per song. However, in 2013, djbooth.net proclaimed Chief Keef as one of the lowest earning rappers in the industry. In fact, Chief has lost a good amount of money in lawsuits. From 2011 to 2014, Keef witnessed at least 10 legal issues from heroin manufacture to missed shows/concerts.

The rise of the Young Rapper

Keef was born in the year 1995, August 15 in Chicago, Illinois, U.S. The rapper started rapping and recording music at the age of 5 using his mother's karaoke machine. During his teenage days, he became an instant star among the Chicago’s South Side community, thanks to his first Youtube mixtapes. "The Glory Road" and "Bang." A high-school dropout, Keef was arrested for an unlawful use of a weapon in public in 2011. He then had to face 30 days of house arrest followed by 30 days of home confinement. During this period, he posted numerous videos on YouTube. By the time the rapper was released from his house arrest, he was already a superstar. Chief later gained utmost popularity when he released the hit song “I Don’t Like”. The song video was uploaded in the March 2012 and it received more than 30 million views by the end of 2012. Later, Sosa caught the attention of the famous rappers such as Kanye West, Big Sean, and more. Almighty Sosa released his first album "Finally Rich", featuring Wiz Khalifa, Rick Ross, and 50 Cent, on December 18, 2012. The critically acclaimed album sold over 50,000 copies in the very first week. Later, he released two other albums named "Bang 3, Part 1" and "Bang 3, Part 2."

After being dropped by Interscope records in 2014, he released mixtapes named "Big Gucci Sosa", collaborating with Gucci Mane, and Back From The Dead 2. which was his self-produced mixtape. In 2012, he had signed a deal Interscope records worth around $6.5 million. Then, Interscope had also helped him to create his own label imprint, Glory Boyz Entertainment. In December 2014, Keef released his second album, Nobody under Glory Boyz Entertainment. The critically acclaimed album featured guest vocals from Kanye West and Tadoe. In February 2015, he released another mixtape called Sorry 4 the Weight. Later in May 2015, he signed with FilmOn Music after announcing a new album name "The Cozart" in April 2015. In 2016, Keef announced his retirement via Twitter. Recently, hiphopdx.com reported that he is set to release his next album named "Two Zero One Seven" in 2017. The site also reported about Keef exit from FilmOn Music. 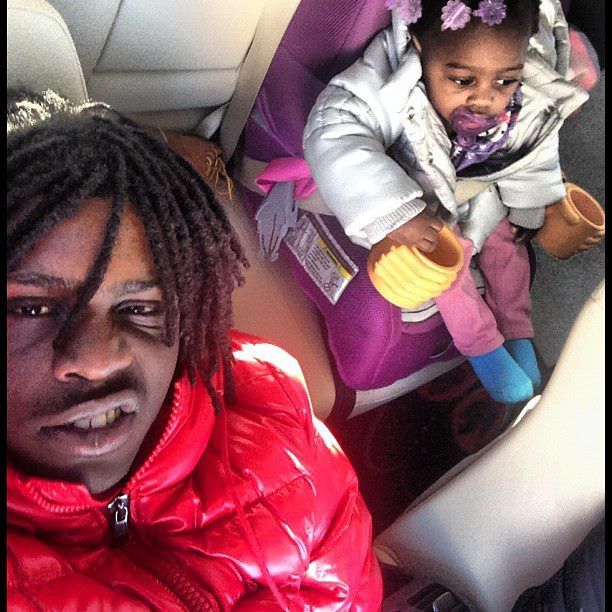 Chief Keef with his kids

The young rapper became the father for the first time at the age of 16. His daughter name is Kash Cozart or Kay Kay Though the mother name has not been disclosed yet, it has been stated that the rapper has been paying a child support amount to the mother. Likewise, he is also the father of  Kayden Kash Cozart, Sno Cozart, Krue Karter Cozart, a 2015 born boy.