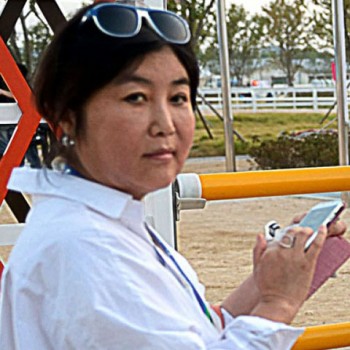 Facts of Choi Soon-si’s net worth

Choi Soon-sil is the major player of the 2016 South Korean political scandal. She is currently missing, as she has probably fled the country. Choi and her daughter have a combined estimated net worth of $1 billion. In 2017, the Seoul district court issued a warrant to arrest Samsung Vice-chairman JaY Y. Lee for "handing bribes worth almost £30m to the South Korean president Park Geun-Hye and her close friend Choi Soon-sil to win government favors for a smooth leadership transition." Furthermore, the National Assembly also impeached the South Koren president Park Geun-Hye because of the controversy. Nevertheless, the prosecutors also charged her political aide Choi Soon-sil for intervening with state affairs and forcing chaebols to donate tens of millions of dollars to self-controlled foundations and businesses.

According to english.cosun.com, "Choi Choi declared real estate assets worth W36.5 billion during her divorce from then-presidential secretary Chung Yun-hoi (61) in 2014 (US$1=W1,143)." Then, the declared properties included-

However, the further investigation by South Korean prosecutors found Choi guilty. According to the reports, Choi bought a 550.000 euros worth hotel and a home in Germany in early September 2016. Likewise, she also allegedly purchased a 1 billion won worth racing horse for her equestrians daughter from Samsung money. Likewise, reports have it that Choi and her affiliates created about 500 paper companies for illegal transactions. Also, the prosecutors found out that Samsung sent 280,000 euros to Choi's company, Core Sports, for four different times.

Choi's initial career started at  Dankook University in 1975 as an auditor. In 1977, Choi, then president of the National College Student Union, invited Park to an open meeting as one of the major guests. Later in 1980's, Choi started running a real estate business and also operating kindergartens. In late 1980's, the Korea Institue of culture appointed her as its vice president after she translated a child-care instruction book called “How To Hold Your Children’s Habit Upright ” with Kim Kwang-Ung. Later, she also started running a cafe and an Italian restaurant “Testa Rossa" in Nonhyeon-dong. Besides the cafe and restaurant, the building also consists her office. It is the place where she usually likes to meet the influential personas.

Choi Soon was born on June 23, 1956, to the Shamanistic-Evangelical cult leader, Choi Tae-min. Choi Tae had altogether three daughters from Choi Soon's mother. Besides, he had been married for five times. Nevertheless, Choi Tae-min was criticized in the 70's for opening a dubious non-profit foundation. Soon-sil's younger sister, Soon-Cheon, owns a posh apartment in the central Seoul. The younger sister also owns a real estate in Gangnam worth 130 billion won. Soon-sil's older sister, Soon-deuk, is an influential lady who runs a building management business. In 1982, Choi Soon-si married Kim Young-ho. In 1983, she gave birth to a son. Later in 1986, Kim and Choi went through a divorce. Finally, in 1995, she married her father's former secretary Choi Yoon-hoi. Unfortunately, they went through a divorce in 2014. Nevertheless, Choi Yoon-hoi is also President Park's former chief of staff.