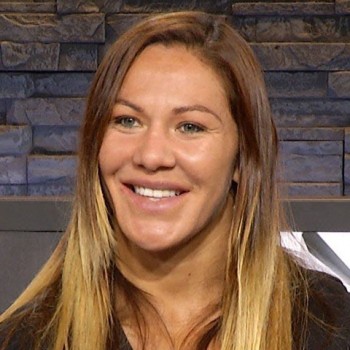 Known by her nickname "Cris Cyborg," Cristiane Justino Venancio is an American mixed martial artist. She has an estimated net worth of $5 million. Her overall UFC career salary/earning so far is $255,000 (just salary and Rebook sponsorship deal added).  Cris currently competes in the Women's Bantamweight Division at UFC. Her total MMA record so far is 17 wins out of 19 matches. Justino is the former Strikeforce Women’s Featherweight Champion. Nevertheless, she is the current Invicta FC World Featherweight Champion. Christiane has been fighting at UFC since 2016. Importantly, she is a new fan favorite to win the Women's Bantamweight title.

Justino made her MMA debut on July 26, 2008, at EliteXC: Unfinished business against Shayna Baszler. She won against Baszler with TKO in the second round. Before joining Strikeforce, she won against Yoko Takahashi via unanimous decision. Justino later made a spectacular Strikeforce debut against Hitomi Akano on April 11, 2009, at Strikeforce: Shamrock vs. Diaz. She finished the match via TKO in the third round. Cristiane most anticipated fight in Strikeforce was against Gina Carano. The Women’s Featherweight Championship match was held on August 15, 2009, at Strikeforce: Strikeforce: Carano vs. Cyborg. Cyborg won the title via TKO at 4:59 of 5:00 in the first round. The success followed her even in Invicta Fighting Championship. Justino won against Fiona Muxlow in her debut bout via TKO in the first round. She later won the Invicta FC Featherweight Championship against  Marloes Coenen via TKO in the fourth round. In the year 2015, she defended her title against Charmaine Tweet. Justino won the match via TKO in less than a minute in the first round. Before moving to UFC in 2015, she defeated Faith van Duin at Invicta FC 13.

Making her debut at UFC 198 in March 2016, she won against Leslie Smith via TKO in the first round. With her excellent punching power and up a front attack, she later won against newcomer Lina Lansberg in a catchweight (140 lb) bout on September 24, 2016. The referee had to end the match after Lina was unable to defend herself.

Christiane was born on July 9, 1985, in Curitiba, Brazil. Before rising to fame, she was a  national-level team handball player. Cristiane career took “U” turn after boxing trainer Rudimar Fedrigo discovered her. Justino currently enjoys Black Kruang in Muay Thai and Brown Belt in Brazilian Jiu-Jitsu. Nevertheless, she has won numerous tough tournaments/matches in wrestling, Jiu-Jitsu, and Kickboxing.