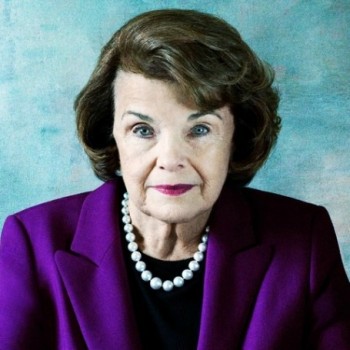 Facts of Dianne Feinstein's Net Worth

Who is Dianne Feinstein?

Know Net Worth Of Dianne Feinstein

Net Worth of Congress member is calculated by the Centre for Responsive Politics & are based on financial disclosures filed by members of Congress. They are obtained by adding members the full range of reported assets & subtracting their debts, the midpoint estimate its net worth. Senator Dianne Feinstein is the eight-wealthiest member of Congress & 34 times more than the average Senator. Dianne Feinstein has the net worth 110 times more than the average Senator when compared by the California Congressional Delegation, she holds the net worth of $95 Million. The largest portion of her net worth comes from her assets including investments in Carlton Hotel Properties of $5 Million dollars, which owns the Carlton Hotel in San Franciso & $5 Million Investment in Elevance Renewable Science Inc. joint with her spouse. She has $1 million dollar investment in a condominium in the resort of the town of Princeville on the north shore of the Hawaiian Island. She has over $1 million dollar investment in CBRE Group Inc., holds $1 Million investment in Blum G.A IV L.P, And $5 million dollar investment in The Dianne Feinstein 1991 trust.

Dianne was born on the 22nd June 1933, her mother name is Betty(nee Rosenburg) & Leon Goldman, she was born & raised in San Francisco. In Early 1951, Dianne Feinstein graduated from Convent of the Sacred Heart High School, San Francisco, she passed her Bachelors of Arts degree in History from Standford University.

Dianne Feinstein has married 3 times until now, she currently resides with her husband Richard C. Blum is a wealthy investment banker, whom she married on January 20, 1980, her second husband Bertman Feinstein was a neurosurgeon died of colon cancer in 1978, she has a daughter Katherine Feinstein Mariano with her first husband Jack Berman.