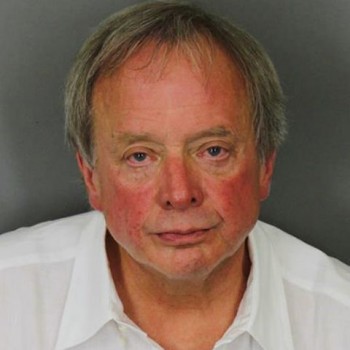 Edsel Bryant Ford II is an American heir and businessman. He has an estimated net worth of above $500 million. Besides, he is best known as the great-grandson of Henry Ford (founder of Ford Motor Company) and the son of Henry Ford II. Likewise, an American heiress, Elena Ford is his niece. Currently, he serves as a board member of the Ford Motor Company. Likewise, he also serves on the finance committee and sustainability and innovation committee at Ford. Furthermore, he oversees company affairs and company dealer relation as a consultant to Ford. Nevertheless, he is also the owner and chairman of Pentastar Aviation. Likewise, he is also the majority owner and chairman of Marketing Associates. Also, he serves on the board of International Speedway Corporation. Last but not the least, Ford has previously worked as chairman of the Detroit branch of Chicago Federal Reserve Bank.

Edsel started his career in the late 1970's as Sales and Marketing executive at Ford Australia. During his short tenure, the company launched the Ford Falcon XD, and also shifted their source from smaller cars from Europe to Japan. In 1991, the company named him its president and chief operating officer. Later in 1993, the company elected him as a vice president.

Edsel is active in numerous charitable organization. Notably, he is the former chairman of the National Advisory Board of the Salvation Army. Likewise, he serves as president of Detroit Children’s Fund and also is a board member emeritus of Smithsonian National Air and Space Museum. Moreover, in 2013, he was presented with the Keith Crain/Automotive News Lifetime Achievement Award. In addition, Edsel is Director Emeritus of the Board of Directors at Henry Ford Community College in Dearborn, Michigan. Nonetheless, he also serves on the Board of Trustees of the Skillman Foundation.

Edsel Bryant Ford II was born on December 27, 1948, in Detroit, Michigan, United States to Henry Ford II and Anne McDonnell. He graduated in business from Babson College. Later, he completed the Program for Management Development from Harvard Business School in 1981.

The American heir tied his wedding knot with Cynthia Layne Neskow in the year 1974. The pair share four children with each other. Edsel sons, Henry Ford III and Calvin Ford, currently work for the Ford Motor Company in Dearborn, Michigan. Meanwhile, his other son, Stewart Ford works for a digital automotive marketplace in San Francisco, California. Lastly, his son Albert Ford is a program associate with the International Security and Fellows programs at New America. The husband and wife currently live in Grosse Pointe Farms, Michigan.