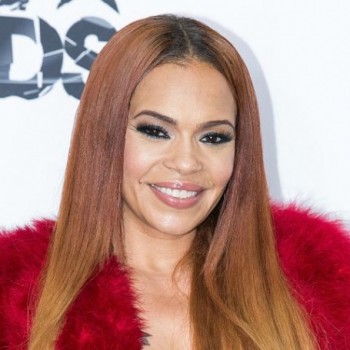 A multi-talented singer and musician Faith Evans is a Grammy Awards winning American platinum certified R&B artist and widow of 'The Notorious B.I.G."

American singer-songwriter, record producer and an actress who has gained her wealth from her successful recording career performances in both film and television along with sales of her book titles 'Keeping the Faith' which is known to be one of New York Best Sellers. In 1994, before becoming the first female artist to sign with Puff Daddy's Bad Boy Entertainment, she did some background vocals for artist Christopher Williams. From 1995 to 2001, she released three platinum albums. The album "The First Lady" reached the top of the charts for R&B/Hip-Hop Albums. In 1998, a tribute song "I'll Be Missing You" won Evans a Grammy Awards. In 2000 Evans made her screen debut in "Turn It Up" and even wrote the autobiography called "Keep The Faith": A Memoir which won the 2009 African American Literary Awards. She became a member of the reality show R&B Divas: Atlanta in 2012.

Evans has an estimated net worth of $3 million.

Talking about her personal life, she gave a birth to a baby girl called Chyan on April 1, 1993, with Kiyamma Griffin(Music Producer). Evans married to the Notorious B.I.G whose real name was Christopher George Latore Wallace(Biggie Smalls), who was murdered mysteriously on March 9, 1997. After Wallace died, Evans becomes pregnant by Todd Russaw and couple had a first son Joshua on June 8, 1998, and second son Ryder Evan Russaw. Later, on March 22, 2007, Evans and Russaw were married.

Stevie J. once loaned Faith Evans $75k to buy a house so she could get the home just before she gives birth.

Faith Evans was born as Faith Renne Evans on June 10, 1973, in Lakeside, Florida, USA. Her Richard Swain(father) who served as Caucasian and a musician and Helena Evans(Mother) is a professional singer with two siblings. After few months, her father passed away before Evans birth. She was raised by her aunt Johnnie Mae and uncle Orvelt Kennedy. She began singing in Church since she was two years old and by the time she turned four, she captured consideration of congregation of the Emmanuel Baptist Church, Newark. In 1991, she graduated from High School and even sang with jazz bands eventually she was dropped out from Fordham University in New York.

In 1995, she released her first debut album 'Faith' which was by the Bad Boy Records Label. This Album featured the hit singles 'You Used to Love Me' and 'Soon As I Get Home'. In 1995, she worked with Puff Daddy "I'll Be Missing You" on the Grammy Awards winning single and song went to become one of the bestselling songs. Her second album 'Keep The Faith" was released on 1998 which features some tracks in the album which includes 'Faith', 'Love Like This' and 'All Night Long'. In 2000, she appeared in the Hip Hop Drama film 'Turn It Up' which was directed by Robert Adetuyi. In 2001, she released her third album "Faithfully" by the Bad Boy Records label includes album featured the hit track 'I Love You'. In 2005, her fourth studio album 'The First Lady' which was released by Capitol Records which received by most of the music critics. Evans Holiday album 'A Faithfully Christmas' was again released by the Capitol Records label on October 25, 2005, which features the holiday songs like 'White Christmas' and 'Santa Baby'. In 2007, Robin Thickers second album 'The Evolution of Robin Thicker' she was featured in the single "Got 2 Be Down". In 2010, she came out with her fifth studio album, "Something About Faith" which was released by Prolific Music Group label featured the hit singles 'Gona Already'. Her most compilation album title 'R&B Divas' featured the works of other R&B singers Nicci Gilbert, Syleena Johnson, Keke Wyatt and Monifah which was released in 2012. The album contained a total of twelve tracks. In August 2013, she worked on her sixth studio album 'Incomparable' which was released on August 25, 2014, and peaked at number 19 on Billboard's Adult R&B Songs chart. Evans announced that she was working on a posthumous Notorious B.I.G. album title 'The King & I' in 2016 which feature duets with two of them. Later, an album was released on May 19, 2017.