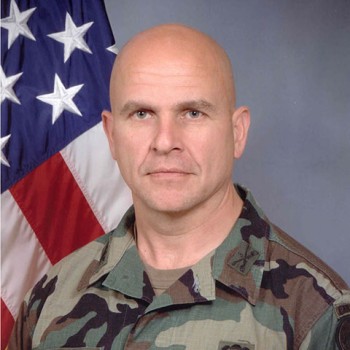 Herbert Raymond "H.R." McMaster (Herbert Raymond) serves as a United States Army Lieutenant General. His accurate net worth is still under review. However, we know for a fact that a Lieutenant General in the US Army receives a salary between $0 to $20,000 per month (max). Furthermore, he is the incoming National Security Advisor to United States President Donald Trump. Similarly, he is also the author of the book " Dereliction of Duty," where he criticizes the actions of U.S. military leadership during the Vietnam War. Book: Dereliction of Duty by H.R. McMaster[/caption] Bravely, his famous Ph.D. Dissertation book, Dereliction of Duty, published in 1997,  has criticized high-ranking military officers of that time for not challenging President Lyndon B. Johnson and Defense Secretary Robert McNamara on their Vietnam Strategy.

Likewise, he is famous for his roles in the Gulf War, Operation Iraqi Freedom, and Operation Enduring Freedom.

McMaster was born on 1962, July 24 in Philadelphia, Pennsylvania. He completed his Masters and Ph.D. degree in American history from the University of North Carolina, Chapel Hill. In 1983, McMaster and Kathleen started dating. Finally, in 1985, H.R. McMaster tied his wedding knot with Kathleen Trotter. Nonetheless, McMaster and Trotter share three daughters, namely, Colleen, Caragh, and Katharine. Herbert Raymond graduated from the Valley Force Military Academy in 1980. Later in 1984, Raymond grasped a commission as a Second Lieutenant in the U.S. Army post his graduation from the United State Military Academy at West Point in 1984. Likewise in 1999, he also graduated from the United States Army Command and General Staff College. And from 1994 to 1996, he also taught as a military History Professor at West Point.