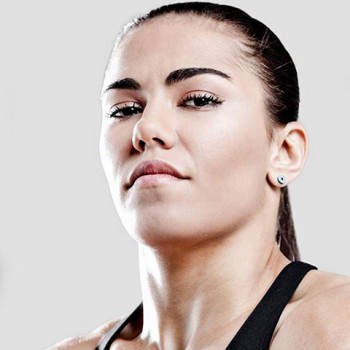 Facts of Jessica Andrade’s net worth

Brazilian mixed martial artist Jessica Andrade was born on September 25, 1991. She has an estimated net worth of $450,000. Her estimated  UFC overall career salary/earning so far is $281,500 (bonuses+ official UFC Rebook sponsorship included). The fighter currently competes in Strawweight division in the Ultimate Fighting Championship. Importantly, Jessica's current UFC strawweight ranking is #6, and her current overall MMA record is 15 wins out of 20 matches.

The Brazilian fighter made her professional MMA debut on September 6, 2011, in Brazil. Jessica managed to extract 8 wins out of 10 matches in Brazil before going to Russia for ProFC 47: Russia vs. Europe in Rostov-on-Don In Russia, she won against Milana Dudieva via submission.

Jessica Andrade made her UFC debut as the replacement to Cat Zingano against Liz Carmouche on The Ultimate Fighter. The was the first time two openly gay fighters were going head to head in the UFC In the second round, Jessica lost to Cat via TKO. However, Jessica bounced back in her second fight. She won against Rosi Sexton via dominant unanimous decision at UFC Fight Night 30 on October 26, 2013. Later, Andrade won against Raquel Pennington, and newcomer Larissa Pacheco, but lost against Marion Reneau. In July 2015, she won against Sarah Moras but lost against Raquel Pennington in September 2015. Finally, in October 2015, she moved to the Strawweight division. She won against Jessica Penne via TKO on June 2016. Recently, she won against Joanne Calderwood via submission on September 10, 2016, at UFC 203