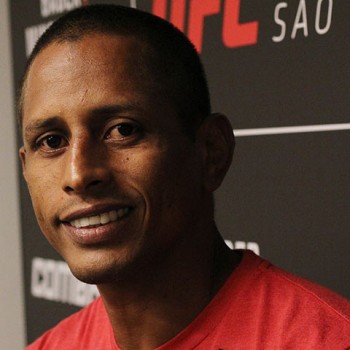 Facts of Johnny Eduardo’s net worth

Eduardo made his MMA debut at the age of 16. He earned a record of 11 wins and 3 losses in Brazil for two years before making his international debut against Takamori Gomi in 1999. Johnny lost against him via rear-naked choke submission. He made his United States debut in April 2009 in Bellator Fighting Championship. He joined UFC in 2011.

The Brazilian faced against Raphael Assuncao in his first UFC debut and lost the bout at UFC 134. Raphael defeated the newcomer via unanimous decision. He then won against Jeff Curran at UFC on Fuel TV: Korean Zombie vs Poirier via unanimous decision. Unfortunately, he remained sidelined for the next two years because of injuries. Making his noticeable return, Eduardo faced Eddie Wineland at UFC Fight Night 40 on May 10, 2014. The fighter not only won the bout via KO but also won his first Performance of the Night bonus award.

However, the hard match made him injured and kept him away from the ring for almost a year. Johnny only returned to UFC in December 2015 after recovering from a surgery. He had torn labrum in his left shoulder. Returning to the ring on December 10, Returning to the ring on December 10, 2015, at UFC Fight Night 80, Eduardo faced Aljamain Sterling and lost the bout via submission in the second round. But on November 19, 2016, he won against Manvel Gamburyan at UFC Fight Night 100 via TKO in the second round, ultimately making a record of 38-28.

Johnny Eduardo said that his hero is Master Luis Alves saying "he was a man that helped shape who I am today."