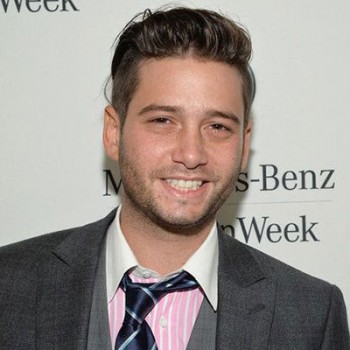 Joshua Daniel “Josh” Flagg, born on August 20, 1985,  is an American real estate agent, author, and television personality. He has an estimated net worth of $20 million, and an estimated earning (salary plus income) that ranges between  3 to 5 million US Dollars.

Daniel has been starring on the Braco show "Million Dollar Listing Los Angeles," since 2006.  The show is about the lives of Los Angeles located young real estate agents who sell high-end properties. In 2012, Forbes featured him on it's Forbes' 30 under 30 top record-breaking real estate agent list. Besides, he is an acclaimed writer. He has written best-selling books such as "A Simple Girl: Stories My Grandmother Told Me", and "Million Dollar Agent: Brokering the Dream ". Nevertheless, he is also the creator of the mobile app called Star Maps. In addition to that, he has sold homes to numerous celebrities, including Adam Levine and Steve Aoki.

Josh got into real estate business as an agent at the age of 18. Flagg's notable early work was making high-end residential sales in the high-end neighborhoods such as Beverly Hills and the Sunset Strip.  He gained his initial real estate training from the real estate broker Bruce Nelson's John Bruce Nelson firm located in Bel Air. In 2007, Josh joined Coldwell Banker Beverly Hills East office to further excel his knowledge. In his fruitful professional career, Flagg has made many record sales, including a $25 million residential sale in Beverly Hills and a $38 million worth estate in Holmby Hills. Furthermore, he is one of the listed agents for the famous estates such as Mery Griffin’s Bel Air estate and the Dorothy Chandler estate in Hancock Park. In the year 2009, Josh started working with Keller Williams and started his own Josh Flagg Estates. According to his website, he has managed to sell over $1 billion worth of property during his professional career.

The real estate star along with other two agents, Madison Hildebrand and Chad Rogers, were the initial cast of the reality TV series. The show “Million Dollar Listing Los Angeles” was first aired on Bravo on August 2006. As of now, Josh is only the remaining original cast on the show. Above all, he is the creator of the mobile app "Star Maps".  The apps act a directory for hundreds of properties associated with celebrities in Los Angeles-area.