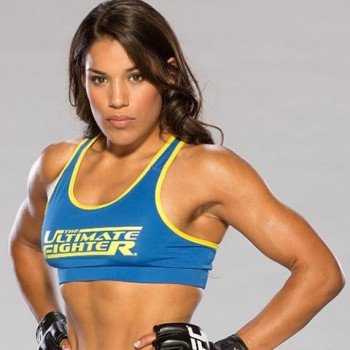 Facts of Julianna Pena’s net worth

Julianna Pena, born on August 19, 1989, is a professional American mixed martial artist. The Venezuelan Vixen currently competes in Ultimate Fighting Championship. She was the first women ever to win “The Ultimate Fighter." The prizefighter net worth is estimated to be $200,000. Her current salary per match is around $65,000, which also includes the win bonus.  Her current MMA record is 8 wins out of 10 matches -  3 by knockout,  3 by submission, and  2 by decision. She has also appeared in movies and television. Pena has appeared in the award-winning MMA documentary, Fight Life, directed by James Z. Feng.

Julianna is a graduate of the Mt. Spokane High School, and the Spokane Community college. She made her professional debut in 2009. Pena was victorious in her first four consecutive bouts. The Us born Venezuelan diva faced her first defeat on April 2012 against Sarah Moras via unanimous decision.

In August 2013, Pena was selected to be on The Ultimate Fighter: Team Rousey vs. Team Tate. The fighter first defeated Gina May and then faced Ronda Rousey's pick, Shayna Baszler. Pena won against the experienced fighter, Baszler, via rear naked choke. Later, she defeated Sarah Moras and Jessica Rakoczy to win the “The Ultimate Fighter” title in 2013 at The Ultimate Fighter 18 Finale. Julianna was then booked for her UFC debut against Jessica Andrade at UFC 171 on March 15, 2014. Unfortunately, she pulled out of the match after suffering a knee injury. However, this was not her first career injury. She had recovered from a nose injury before her first career defeat against her fellow future "The UFC Fighter", Sarah Moras, in 2012. After recovering from the knee injury,  Julianna Penna made her re-entry at UFC Fight Night 63 on April 4, 2015. She then won against Milana Dudieva at UFC Fight Night 63 via TKO in the very first round, also winning her first Performance of the Night bonus award. Later, she won against Jessica Eye at UFC 192 in October 2015. Pena won the bout via unanimous decision. Later, Pena won against Cat Zingano at UFC 200 on July 2016.