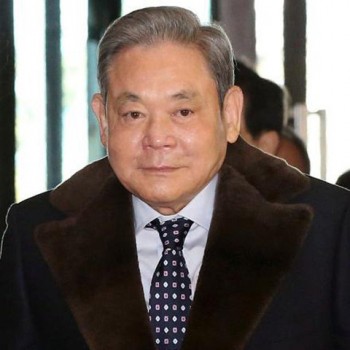 Facts of Lee Kun-hee’s net worth

Lee Kun-hee is one of the successful South Korean businesspersons in South Korea. In fact, he is the richest man in South Korea. He is the chairman of Samsung Group. Kun-hee is famous for making the Samsung Group an international conglomerate brand. His estimated net worth is $16 billion. In 2008, the court fined him 110 billion won (approx $98 million USD) because of a Samsung slush funds scandal. Then, the court also sentenced him to three years of suspended jail time. However, then South Korean President Lee Myung-bak pardoned him months later in order to maintain the country's Olympics image, as Lee was a member of the International Olympics Committee. Kun-hee retired from Samsung in 2008 and returned back to the company in 2010.

The third son of the Samsung founder Lee Byung-chul, Lee Kun-hee joined the company in 1968. In 1987, he took the chairmanship of the company. Lee has successfully reinvented the company and created the unforgettable history. Kun-hee with his keen tactics uplifted the quality of Samsung company, which was nearly drop down during the 90’s. In 1993, he criticized then low-quality mass production strategy of Samsung, saying, “Change Everything Except Your Wife and Kid’s.” Lee forced Samsung to focus on competitiveness, global branding, quality, and skilled manpower. Today, Samsung stands for one-fifth of the country's economy. Its annual profit is around $8.5 billions dollar.

Lee Kun-hee was born on January 9, 1942, in Uiryeong, South Gyeongsang, South Korea. He is the third son of Samsung founder Lee Byung-chul. Lee gained his bachelor degree in Economics from Waseda University, Tokyo Japan. Later, he completed his MBA from George Washington University. Nevertheless, Lee has been blessed with four children, namely, Lee Jae-yong, Lee Boo-jin, Lee Seo-hyun and Lee Yoon-hyung(deceased). His wife is none other than South Korean billionaire businesswoman and philanthropist Hong Ra-hee. The 75 years old Lee was hospitalized after a heart attack in May 2014.  Currently, his son Lee Jae-young is serving as the de-facto head of the company. In 2017, Jae-young also got arrested when the South Korean prosecutors' office accused him of "bribery, embezzlement, and prejury,"