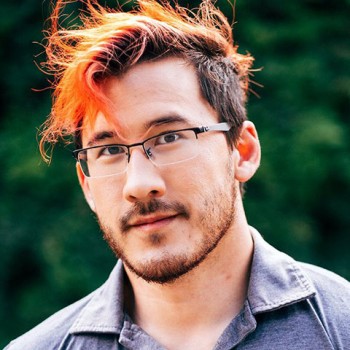 Facts of Markiplier’s net worth

Mark Edward Fischbach is an Actor, voice actor, comedian, and YouTube personality. He has an estimated net worth of $2 million. Reportedly. his annual YouTube earning/salary was $665,820. Fischbach is best known for his Indie games and Let's Play commentary video, mostly of action and survival-horror video games. According to a December 2016 estimate, his channel has over 6 billion views and more than 15 million subscribers.

Born in the year 1989, June 28, Edward was born in Honolulu, Hawaii to an Amerian-German Father and Korean mother. Mark's army veteran father met his mother while he was stationed in Korea. Fischbach initially went to the University of Cincinnati to study biomedical engineer. However, he later dropped out of the course to pursue a Youtube career. Consequently, he faced the backlash from his family and friends. He even had to broke up with his girlfriend because of his soul searching.

Mark joined YouTube on May 26, 2012, creating the channel “Markiplier”. After being banned from YouTube Adsense in 2012, he later created another channel named Markiplier Game, and the rest is history. He began his Youtube journey playing Amnesia: The Dark Descent and later extended to Penumbra and Dead Space. He has also collaborated with several other Youtube stars such as Jacksepticeye, PewDiePie, Game Grumps, Jack Black, Jimmy Kimmel, Ninja Sex Party and more.

The successful YouTube star joined the board of comic book publisher Red Giant Entertainment in November 2014. While in the same year at San Diego Comic-con, he co-hosted a panel with figures from the company including CEO Benny R. Powell. As per the recent news, he is set to appear in his own line of comics. Besides, he has played in two movies till now, namely  "Smosh: The Movie" and "Changing the World.' In addition, he has appeared on his YouTube associated channel and TV shows.