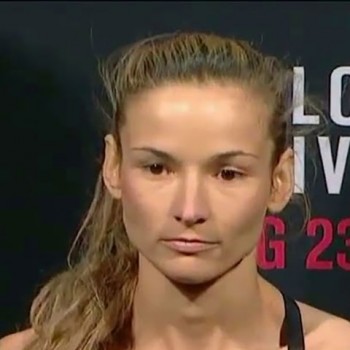 Facts of Maryna Moroz’s net worth

Maryna Moroz, born on September 9, 1991, is a famous Ukrainian Mixed Martial Artist. She is currently fighting for the Ultimate Fighting Championship. Known by the nickname "Iron Woman," Moroz competes in Strawweight division. She also serves as the boxing coach for the Ukrainian Olympic boxing team. In around half a decade of her professional career, she has earned around of $137,5000 in salary only from 8 wins out of 9 matches - 2 by knockout, 2 by submission, and two by decision. Her current estimated net worth is $250,000.

The exciting fighter started fighting from a very early age. She has been practicing mixed martial arts since the year 2013. Previously, she was a fighter for Xtreme Fighting Championship promotion based in Florida. She had signed with Xtreme after earning a 5-0 record on the regional circuit. Marina defeated Karine Silva in her XFC debut in 2014. She won the match via armbar.

Rise of the Iron Women

The Iron Women came into limelight when she began her UFC journey at UFC Fight Night 64, defeating Joanne Calderwood via armbar on April 11, 2015. Maryna faced her first career defeat against Valerie Letourneau at UFC Fight Night 74 via unanimous decision. After that, she defeated Cristina Stanciu at "UFC Fight Night: Rothwell vs. Dos Santos" on April 10, 2016.