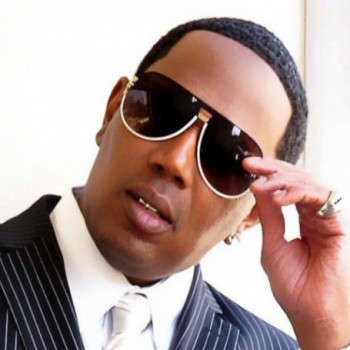 Facts of Master P Net Worth

Percy Robert Miller is an American rapper, actor, businessman, author, record producer, philanthropist, and also a basketball player; known by his stage name Master P and P Miller in the world of business. He was born on April 29, 1969, in New Orleans, Louisiana, US. He has estimated net worth at about $350 million, which has put him as the third-richest figure in hip-hop industry currently.

He is also the founder of the record label No Limit Records, which is known as New No Limit Records through Universal Records and Koch records, then again as Guitar Music Entertainment, and now, finally, No Limit Forever Records. He is the founder and CEO of P. Miller Enterprises and Better Black Television (it is a short-lived online television network.

After 1997, Master P has seen in many films, and in television shows. His film career includes Uncle P, Uncle Willy’s Family, Soccer Mom, Gone in 60 Seconds, Toxic, Foolish, and I Got the Hook-Up.

He had a small run in World Championship Wrestling (WCW) in 1999 AD; where he led a professional wrestling stable known as The No Limit Soldiers in a feud with Curt Hennig’s the West Texas Rednecks. He also starred in Romeo with his own son Romeo Miller on the Nickelodeon (cartoon channel) from 2003 to 2006. He was also one of the contestants on Dancing with the Stars (U.S. season-2).

He had a contract with two different teams of NBA in the late 1990s: first with Charlotte Hornets during 1998, pre-season, and the Toronto Raptors in 1999 pre-seasons. He had also played in the Continental Basketball Association (CBA) for the Fort Wayne Fury. In the 2008 McDonald’s NBA All-Star Celebrity Game, he scored 17 points.

Master P has dedicated his time to communities through P. Miller youth centers and his p miller foundation for homeless. The way Memphis, Willie W Herenton Jr, presented  Miller with the key to the city.Miller along with his son Romeo was awarded the certificate of Recognition, from Congress member Maxine Waters on 27th April 2010.

Master P won the award for “favorite Rap/Hip-hop Artist’’At the Music Awards in 1999.Miller's single ‘Make Em Say Ugh’’would be ranked at number 94 by VH1 in their list of 100 Greatest song on 28th September 2008.Bet also list Miller as one of ‘the influential Black Music Exces’.

Percy Robert Miller was born in New Orleans and raised in the Calliope Projects.He is the oldest son out of five children and has one sister, Germaine, and three brothers.He attained Boker T Washington high school & Warren Easton High school. He attained the University of Houston while it was in basketball team on Athletic scholarship.Later he drops out and transfers to Merrit college in Oakland, California to major business.