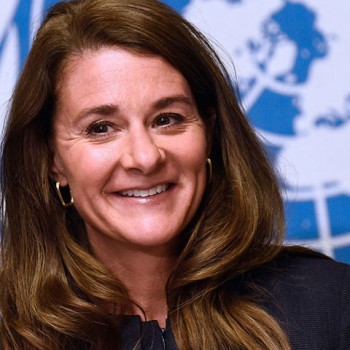 Facts of Melinda Gates’s net worth

Melinda Ann Gates is the co-founder of Bill & Melinda Gates Foundation. The organization was founded in the year 2000. Gates, leading the organization in the area of global development and philanthropy, gave away $4.2 billion in 2015. Similarly, the foundation has already given away more than $37 billion in grant since its foundation. Melinda's drive to make philanthropy effective has attracted several donors and funders. Furthermore, she has always emphasized on making philanthropy more effective via highly targeted campaigns coupled with data-driven monitoring and global collaboration. The foundation has also invested several billion dollars in girls and woman empowerment all around the world. Likewise, in the process, Melinda announced a powerful initiative at the Women Deliver conference in Copenhagen in May 2016. The idea of the initiative was to flow more than $80 million to numerous developing countries for over three years. The initiative desired to collect valuable data on women to fight for gender equality.

Melinda, @melindagates, was born as Melinda Ann French on August 15, 1964, in Dallas, Texas. She is the second of four children to aerospace engineer Raymond Joseph French Jr., and homemaker Elaine Agnes Amerland. Ann grew up as a Roman Catholic. She went to St. Monica Catholic School. Later, she graduated as valedictorian from Ursuline Academy of Dallas in 1982. Furthermore, she received her bachelor degree in computer science and economics from Duke University in 1986. Later in 1987, she earned an MBA degree from Duke’s Fuqua School of Business.

Melinda is happily married to Bill Gates. They first met in Microsoft after Melinda joined the company as a young college graduate. The pair married in the year 1994.  Melinda was engaged in the development of many of Microsoft's important multimedia projects including Publisher, Microsoft Bob, Encarta, and Expedia. Later, Melinda left the company to focus on starting and raising her own family. Nonetheless, her last position at Microsoft was "General Manager of Information Products." Bill and Melinda have three children, namely, Jennifer Katherine Gates, Phoebe Adele Gates, and Rory John Gates.