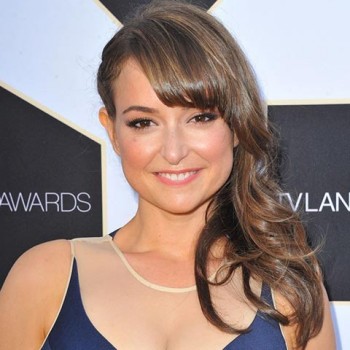 Facts of Milana Vayntrub’s net worth

Milana Vayntrub (Milana Aleksandrovna Vayntrub) is an American actress, comedian, writer, and producer. Born in the year 1987, March 8th in Tashkent, Uzbek SSR, USSR, she has an estimated net worth of $500,000. She is one of the actresses whose salary rates are reasonably high. She is best known for portraying the character of Lily Adams in AT&T television commercials.

The beautiful actress was born in Tashkent, Uzbek Soviet Socialist Republic and is of Jewish background.Vayntrub’s Family Fled Religious Prosecution From the Soviet Union When She Was 3 Years Old and settled down in West Hollywood when she was only three years old. Young Milana supported her family by engaging herself in Mattel Barbie commercials at the age of 5.

She has also had brief roles in television and movies. Her notable television credentials include ER, Days of Our Lives, The Division, The League, Californication, Silicon Valley, Other Space, Love,  and This Is US. She also played the character of Tina Shukshin on the Yahoo! Screen original series named Other Space.

Some Videos of Milana Vayntrub

Milana role in AT & T Commercial.

Vayntrub Is the Co-Founder of #CantDoNothing, a Group to Raise Awareness of the Refugee Crisis

The gorgeous actress has been living a very private life. She previously was in a brief dating relationship with American singer and songwriter John Mayer.