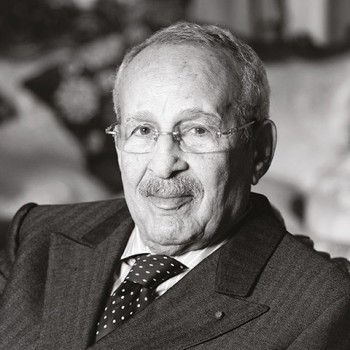 Facts of Miloud Chaabi’s net worth

Miloud Chaabi was a Moroccan businessman and politician. His estimated net worth in 2016 was $800 million. According to Forbes, he enjoyed an estimated net worth of around $3 billion in 2011. People know Chaabi as the founder of  Ynna Holding and the owner of the Riad Mogador hotel chain. He also owned supermarkets brand, Aswak Assalam, in Morroco. Nevertheless. Chaabi was also famous for his strong stance against alcohol, He had banned alcohol use in both his hotel chain and supermarkets. Besides, he was an active philanthropist. Likewise, he gave 10% of his fortune to build the first American University in Morocco. Additionally, he was the operator of one of the largest charity organization in Morocco called The Miloud Chaabi Foundation. Last but not the least, Miloud was someone who ventured into restricted trading business in Kenitra when the business "was only restricted to the French, some Jewish businessmen, and some of the well-known Moroccan families.

Miloud in Knownetworth's Popular Men in Morocco, net worth, 2017

Rise of the Billionaire

Miloud Chaabi was born on September 15, 1930, in Essaouira, Morocco. As a child, he attended a mosque and later started goat herding and farming. Finally, at the age of 15, he saved up enough money to move from Marrakech to Kenitra to pursue his dreams. At 18, he opened his first construction company in 1948. Later, in 1964, he started his own ceramic company.The next step The next step Chaabi chose to rise in Morroco business scene is quite remarkable. Miloud first gained a fair amount of experience in the business in a short amount of time. After gaining enough experience,  he then decided to purchase big companies. In the process, he offered to invest in a French company, which was also his competitor. However, the company declined his offer. Consequently, Miloud pressurized the company by selling products at competitive prices. He thought that the company's total loss will lead to its bankruptcy and he was right. In 1985, the bankrupt company sold all of its assets to Miloud. It was certainly a turning point in his career. Later, Milloud founded Ynna Group, feeding on the success of his past business decisions and profits. Likewise, in 1992, Chaabi founded JBC for cardboard paper. Furthermore, in 1993, he won a deal for the sale of the petrochemical company SNEP. Moreover, in 1994, he launched ELECTRA for electrical components, television batteries, and cables. Finally, in 1998, he launched Aswak Assalam shopping chain, and in 1999, he launched Riyad Mogador hotel chain.

From 1984 to 2014(resignation), Miloud won all Moroccan parliamentary election since 1984. However, he changed his political party many times during his political career. On 16 April 2016, Chaabi died of a heart attack in a hospital in Germany. For your info, he was the father of four children (from his two marriages). All of his children are well-known in Morocco, and all of them have made a name for themselves.