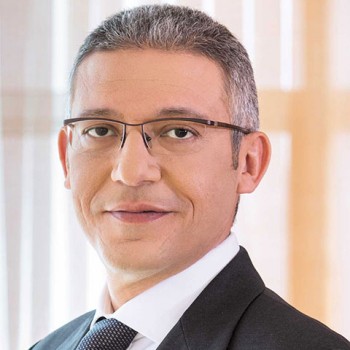 Facts of Mohamed Bensalah’s net worth

Mohamed Bensalah is a Moroccan business tycoon and philanthropist. Moreover, his current estimated net worth is $800 million. Nevertheless, he is the chairman and CEO of Groupe Holmarcom, a Moroccan holding company founded by Mohamed's father. Apart from Bensalah, his mother and three sisters also hold respective positions within Groupe Homarcom. Later in 1993, Mohammed succeeded his late father Abdelkader as a chairman and CEO of Holmarcom GROUP. And much later in 2014, King Mohammed VI awarded him the Knight Wissam Al Arch. Nonetheless, Mohammed was only 23 years old when he succeeded his father

Mohamed in Knownetworth's Popular Men in Morocco, net worth, 2017

Furthermore, Bensalah also serves as the President of the Moroccan Federation of Insurance and Reinsurance (FMSAR). Likewise, he is a Member of the Board of Directors of the (CGEM) General Confederation of Enterprises of Morocco. Moreover, he is also a member of the Mohammed VI Foundation, Alaouite Foundation, BMCI Bank, CHI bank, (CIMR), MUTANDIS, and "Economic, Social and Environmental Council."

The business tycoon was born in the year 1970 in Morocco, Berkane. Raised in Morocco, he went to France for his higher studies. Finally, in France, he completed a Masters degree in management and finance at Sorbonne University and the school of management in Paris, I’Ecole des Cadres de Paris. Mohammed Bensalah is a happily married man. Furthermore, he shares two children with his wife.