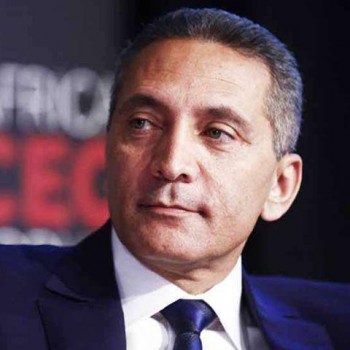 Moulay is a powerful Moroccan politician/businessman. He started his career with a normal paying job since it was a reasonable idea after graduating. Much later, surprising to many, he ended up to be known as the man who refused to take a salary as the Minister of Industry, Trade, & New Technologies of Morocco. Furthermore, he had an estimated net worth was $620 million in 2015.

Above all the things, Moulay is best known as the president, founder and majority shareholder of Saham Group, which owns two of the largest Moroccan insurance companies and a Pan-African insurance group, and operates in 22 African countries. Moreover, it is also expanding to healthcare and real-estate in order "to take advantage of synergies with its insurance activities." Likewise, he is also known as the founder of "Club Sherpa" and "MHE Young Entrepreneurs." As a matter of fact, both the projects have helped business startups in the country. Nevertheless, people also credit him for his philanthropic works. Furthermore, he is a member of the Mohammed V Foundation for Solidarity. Likewise, he is also a Treasurer of the Lalla Salma Association for the Prevention and Treatment of Cancers Moreover, he is also a Board Director of OCP SA, a Board Director of  Colina Holdings Ltd., and the founder, chairman, president and executive officer of Saham Finance SA. Likewise, he is also the Vice-President of the Moroccan Federation of Insurance and Reinsurance, and a member of the investment committee of the Caisse Interprofessionnelle Marocaine de Retirement. Nonetheless, he was the president of  General Confederation of Moroccan Enterprises from 2004 to 2009.

Moulay in Knownetworth's Popular Men in Morocco, net worth, 2017

First of all, Moulay started his career in Canada as a senior advisor to Quebec Ministry of Finance prior to joining a Canadian Insurance Company. Previously, he also worked as a governor of the faculty of administration in the University. Later, he left her position at Quebec Ministry of Finance to became Director of Information Systems within a Canadian Insurance Company. Later, after returning to Morocco, Hafid joined the ANA group as it's Secretary General. Alongside, he also took the position of Managing Director of an insurance subsidiary of the group. Finally, in 1995, Moulay created the  Saham group and the rest is history.

Born on January 13, 1960, at Marrakech, Morocco, Moulay Hafid Elalamy gained a systems graduate from the University of Sherbrook as a result of his dedication and hard work. Last but not the least, Hafid currently resides in Casablanca, Morocco with his wife and family.