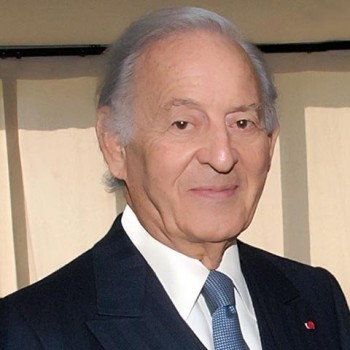 Facts of Othman Benjelloun’s net worth

Othman Benjelloun is a Moroccan banking magnate and philanthropist. Furthermore, the second richest man in Morocco currently enjoys an estimated net worth of $1.9 billion. Benjelloun started his career when he received his father's majority shares of an insurance company. Later in 1988, he took over the company. And later, he turned it into RMA Watanya and ultimately to BMEC bank, and the rest is history. Furthermore, in 2013, the universal full-service bank, BMEC bank, had total assets of $4 billion and a market capitalization of $27 billion.

Othman in Knownetworth's Popular Men in Morocco, net worth, 2017

Othman Benjelloun is the founder, CEO, and Chairman of Africa's second largest bank BMEC Bank. Furthermore, he is also a member of the World Union of Arab Bankers and the owner of the insurance company EMA Watania. Moreover, he also owns the Paris-based holding company "FinanceCom" and also is the chairman of Meditelecom. Likewise, he is also involved in several reputed organizations. Furthermore, he has also invested in Telefonica and Portugal Telecom. Last but not the least, people also know Othman for his philanthropist activities through BMCE Bank Foundation.

Born in 1931 in Morocco, Benjelloun is an engineering graduate from "Ecole Polytechnique Federale de Lausanne" located in Switzerland. Furthermore, he is a son of deceased Moroccan business tycoon Haj Abbas Benjelloun. Othman married Leila Mezian a long time ago. Leila is a Moroccan ophthalmologist eye surgeon and the chairman of the BMCE Bank Foundation. Moreover, she is the first woman doctor in Morocco. Nevertheless, the husband and wife received the prestigious "Rockefeller Bridging Leadership Award"  in May 2016. Furthermore, Leila and Othman have two children, namely, Moroccan film producer/distributor Dounia Benjelloun and Moroccan businessman/tech enthusiast/conservationist Kamal Benjelloun, who is currently heading the Moroccan drone company BDA (Bio-Cellular Design Aeronautics SA)