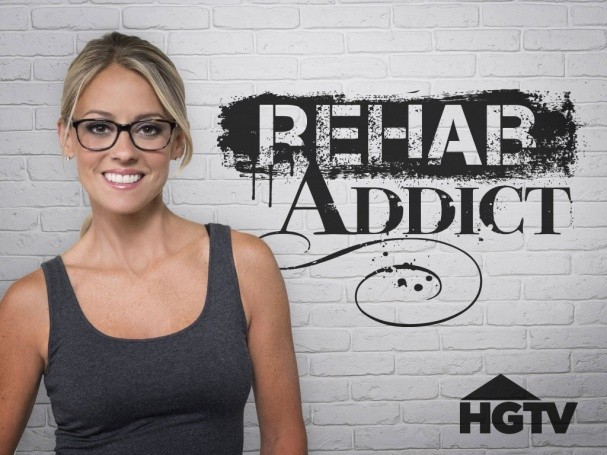 We all know that Rehab Addict is a TV show documenting the home renovations that airs on DIY and HGTV. The TV show first aired on the DIY net worth on October 14, 2010. Nicole Curtis is the cast member of the show. Curtis is an addict, but she does not have any problem with it.

Curtis has been able to host of the HGTV and DIY Network hit show “Rehab Addict” since 2010, and she has been creating a high volt drama. Get to know five times Rehab Addict’s Nicole Curtis’ high voltage drama.

When Curtis was pregnant with her second son, Harper, she was the major star on the show. However, she did not flash her pregnancy in public and went far hiding the baby bump while filming the show.

Later, when Curtis was asked about the reason behind hiding the bump, she claimed that she was afraid of being judged.

Soon after the surprise pregnancy, Curtis split from her on and off partner Shane Maguire. Later, Maguire filed for paternity, and joint custody and a court awarded him citing a positive DNA test.

During that time, Curtis tried to block Maguire from her way and said that she needed more time with her son.

Just like that, my little one jumps into my arm and reaches for a breast ---I sit for a long time in the car when we do these returns while getting screamed at -put your boob away in my driveway :( never a thought that this child just went from their arms screaming for mamma and the "boob" ... Just counting my blessings that another extended visit is over #breastfeeding #familylaw #fathersrightsvsbabysrights #infantmentalhealth

Also, Curtis faced a battle with Cimini. Cimini is the father of her eldest son. Sources claim that Cimini owes $14,685.54 in back with child support.

Nicole Curtis made several headlines when she revealed that she breastfed her 30 months old son despite her custody battle with Maguire. Curtis said that stopping the breastfed is the decision of her son, not on hers which created a huge buzz on the internet.

Curtis not only had to defend herself against her ex but also had to face the critics when people were asking if her child really needs breastfed given that Harper was two and half years old.

Don't get me wrong, I love dairy:) However, I'm never going to understand how in a time when everyone wants organic, non/gmo, farm fresh -the purest most natural thing for our children gets criticism. And don't accuse me of shaming moms that don't breastfeed by simply supporting my own breastfeeding .....that makes me sad. Parenting is tough enough wo all that

Back in 2016, Nicole Curtis’ mother Joan Curtis requested a personal protection order against her daughter which is also listed as a high voltage drama in the history.

Minneapolis sued Nicole Curtis’ company Detroit Renovations for breach of contract alleging that the star failed to make improvements on a property that she bought by the November 2014 with the deadline the city set.

The suit claims that Curtis’ company did not comply with the terms of the contract it entered into with the city after purchasing the house in April 2013. Curtis did not properly pay taxes or made insurances on the home she purchased for $2.