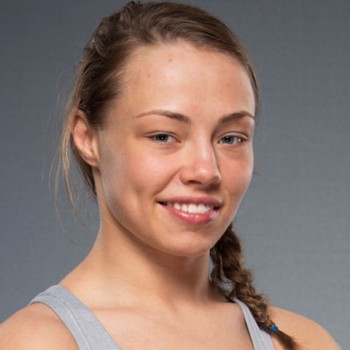 Facts of Rose Namajunas’ net worth

Rose Namajunas (Gertrude) is a professional American mixed martial artist. She has an estimated net worth of $250,000, but many credible sources have estimated her overall career earning to be around $500,000. Gertrude is one of the active fighters of the Women’s Strawweight division in UFC. Currently, Rose ranks fourth in the Strawweight UFC rankings. She has 5 wins out of 8 matches so far.

Rise of the Fighter

She achieved huge name and fame when she was signed by UFC to compete in the season 20 of 'The Ultimate Fighter' in December 2013. She headed towards the final remaining undefeated against Alex Chambers, Joanne Calderwood, and Randa Markos. Rose faced Carla Rose faced Carla Esparza at the event, The Ultimate Fighter: A Champion Will Be Crowned Finale, on December 12, 2014. She lost the bout via rear-naked choke in the third round. However, she was given $25,000 bonus awards for Performance of the Season and Fight of the season for her fight against Joanne Calderwood. In October 2015, she successfully defeated Angela Hill at UFC 192. And in  December 2015, she received another Performance of the night award beating Paige Vanzant.  She later defeated Tecia Torres at UFC on Fox 19 and lost the bout against Karolina Kowalkiewicz at UFC 201.

Rose is the fiancée and training partner of the former UFC heavyweight, Pat Barry.