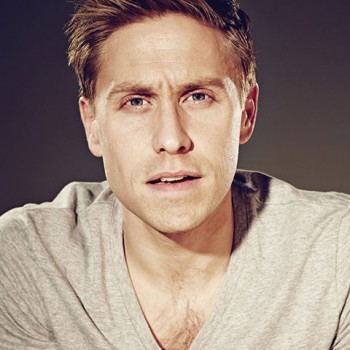 Facts of Russell Howard’s net worth

Russell Howard is an English comedian, television, radio presenter, actor, and media personality. His current estimated net worth of $9 million.

According to a mirror.UK article dated 2013, he earned £4 million in 2 years, thanks to sell-out tours, high DVD sales, and lucrative television deals.

Currently, he is busy doing his fifth stand-up tour, "Round The World." The sold-out international tour has also polished his net worth.
Fans best know Howard for his appearances on the topical ITV panel show, Mock The Week. Similarly, his fans also know him for his TV show Russell Howard's Good News. Likewise, his fans also credit his stand-up DVDs such as Live, Live 2- Dingledodies, Right Here Right Now, and Wonderbox.

The comedian kick-started his professional career in early 2004 as a writer, performer, and singer for BBC Radio 1 comedy series, The Milk Run. Currently, he presents The Russell Howard Hour on Sky 1. The Chortle award-winning comedian was one of many talents selected as the best comedy talent from the 2005  Edinburgh Festival Fringe. Later in 2006, the best-selected comics including Howard even recorded 10-15 minutes spots for the 'Edinburgh and Beyond' show, which aired on Paramount Comedy.