Tanaya K. Henry aka Tanaya Henry is an American model and jewelry designer from Minneapolis, Minnesota. Besides being a jewelry designer, she came into the spotlight after appearing as the love interest in Trey Songz music video for “Slow Motion” in 2014.

Everyone knows about Trey Songz’s sexy and sassy ex-girlfriend, Tanaya Henry. The couple has enjoyed an on and off relationship for around seven to eight years.  There were many cheating and their separation rumors published in the media, but they proved that it was wrong until 2015.

In the year 2015, it was confirmed that the duo broke up and their relationship ended. But later, again back in summer 2015, the singer revealed that he wanted to start a family with the beauty on The Wendy Show.

Moreover, in 2016, Henry was spotted wearing a diamond ring on her ring finger and people claimed that the duo got engaged in mid-2016. But there are no any proof regarding the couple’s engagement broadcasted in the media.

At the moment, the couple is no longer together. Tanaya Henry and Trey Songz broke up after enjoying an on and off relationship for a long time. When Henry was asked about the reason behind the separation, she simply replied that the relationship became too messy and they called it off.

Right after the separation with Henry, Trey Songz was spotted making out with Khloe Kardashian in Las Vegas. They were spotted spending intimate moments at Drai’s nightclub “The Cromwell.” Moreover, they were also pictured on a flirty display while leaving at Dave and Busters together. 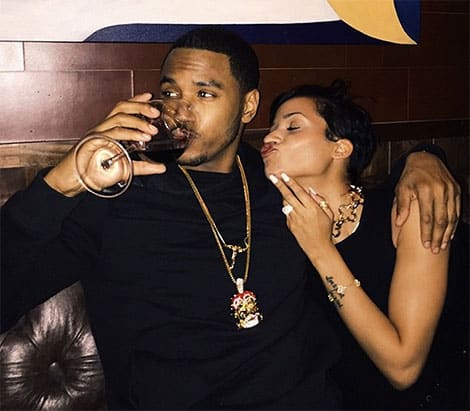 Whatever it was in the past,  recently, Khloe Kardashian welcomed her first daughter True Thompson with boyfriend Tristan Thomspon. In the same way, Tristan is now on the headlines for cheating Khloe Kardashian with several ladies.

Who is Tanaya Henry Dating? And what about her ex-boyfriend Trey Songz?

After breaking up with Trey Songz, there are no any headlines regarding her current relationship talked in the media.  Henry now often shares photos regarding her professional career and kept her personal life behind the curtains.

It looks like Henry is now focusing on her professional career rather than building up the love story. Maybe, she is dating but does not want to reveal it and wants to keep it a real secret.

In another side, after dating for several high-profile models and actresses like Tabby Brown, Keri Hilson, Helen Gedlu, Mila J, and many others, Trey Songz is currently single.