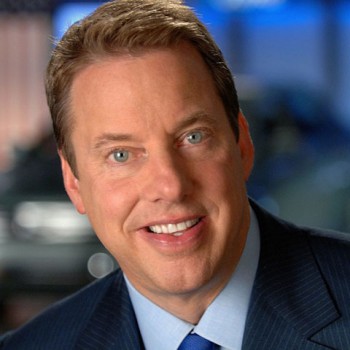 Fontinalis Partners co-founder William Clay “Bill” Ford is an American businessman. He has an estimated net worth of $2 billion dollars. In 2006, Forbes magazine ranked him 264th in the list of Forbes' list of top-earning CEOs with $15.4 million 5-year pay and $80.7 million dollars worth share owned. People know him for making Ford one of the most cherished ethical brand in the world. Ford is the great-grandson of Ford founder Henry Ford and a cousin of American businessman Edsel Ford II. American heiress Elena Ford is his niece.

Currently, William serves as the executive chairman of Ford Motor Company. Likewise, he is also the vice-chairman of the Detroit Lions NFL franchise.

“I believe the purpose of a company is to make people’s lives better,” he says. “That is how we became great in the past and it is how we will become even greater in the future.” -William on Ford's vision

Bill initially joined the Ford Company in 1979. Till 1988, he held several diverse positions in the company, gradually climbing up the ladder. Ford started his career from the product development department as a product planning analyst. Likewise, he later also worked as a financial staff. Furthermore, he also shortly headed the Climate Control Division. Nevertheless, he was in-charge of heavy truck operations at the time of Ford 2000 reorganization. Later in 1988, William joined the Board of Directors of the company. And in 1998, he was elected as the Chairman of the Board. Likewise, in 2001, the company made him Chief Executive Officer after the drop of former CEO Jacques Nasser. Importantly, Nasser was more focused on maximizing the profit of the company, whereas Ford was more focused on valuing people, environment, and tradition. Furthermore, in 2006, the company gave him the position of Chief Operating Officer and President when Jim Padilla dropped down from his position. Later, Boeing Senior Executive Alan Mulally replaced him as President and CEO.

A next generation transportation advocate, William Clay “Bill” Ford Jr. was born on 1957, May 3 in Detroit, Michigan, U.S. He is the son of William Clay Ford Sr. and  Martha Firestone. Clay's maternal grandparents are American business personas Harvey S. Firestone Jr. and Elizabeth Parke Firestone. William grew up with his three sisters, namely Martha Morse, Sheila Hamp and Elizabeth Kontulis. Ford went to Hotchkiss School and later graduated from Princeton University in 1979. Furthermore, he earned his M.S. in management as a Sloan Fellow from the MIT Sloan School of Management. Nevertheless, Ford tied his wedding knot with Lisa Vanderzee Ford. The pair shares four children with each other. The family currently lives in a lavish million dollar house in Ann Arbor, Michigan.