Aaron Judge is an American Professional Baseball player who currently plays as a right-handed outfielder for New York Yankees of MLB(Major League Baseball). The 25 Years old Slugger has an estimated net worth 0f $10 million. The young and potential player got a bright future with more net worth to make in the years to come. 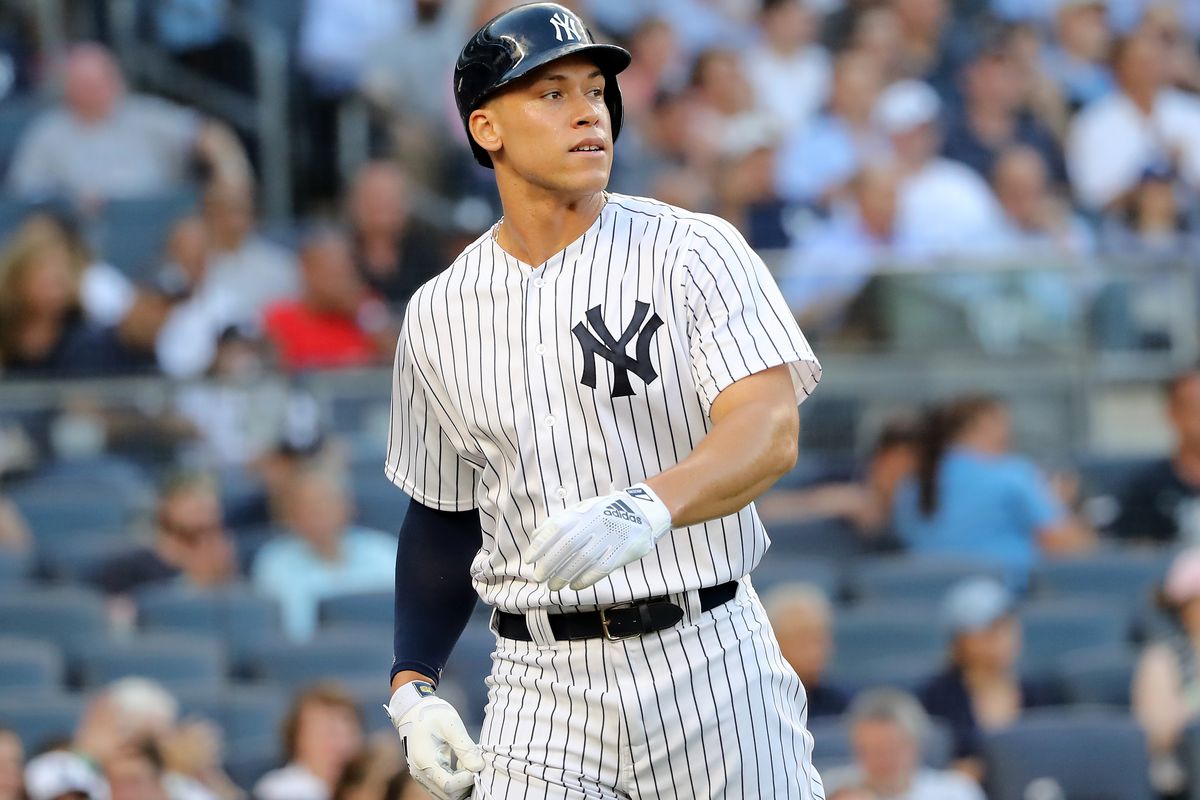 The eligible players in MLB earn around $544,500 per season. As per the Associated Press in 2018, the pre-arbitration deal of Judge is $622,300. The payroll of Yankees is estimated to be $162, 490, 757 per Spotrac. Aaron signed a one year contract with The New York Yankees in 2016 worth $544,500. As of agreement, the salary of players having less than 3 years of service in the game is determined by the team.
Besides, his professional baseball career, Judge also makes money through endorsements deals and by appearing on the cover of different magazines. He is already in the cover of Sports Illustrated and is confirmed to be in the cover of MLB The Show. 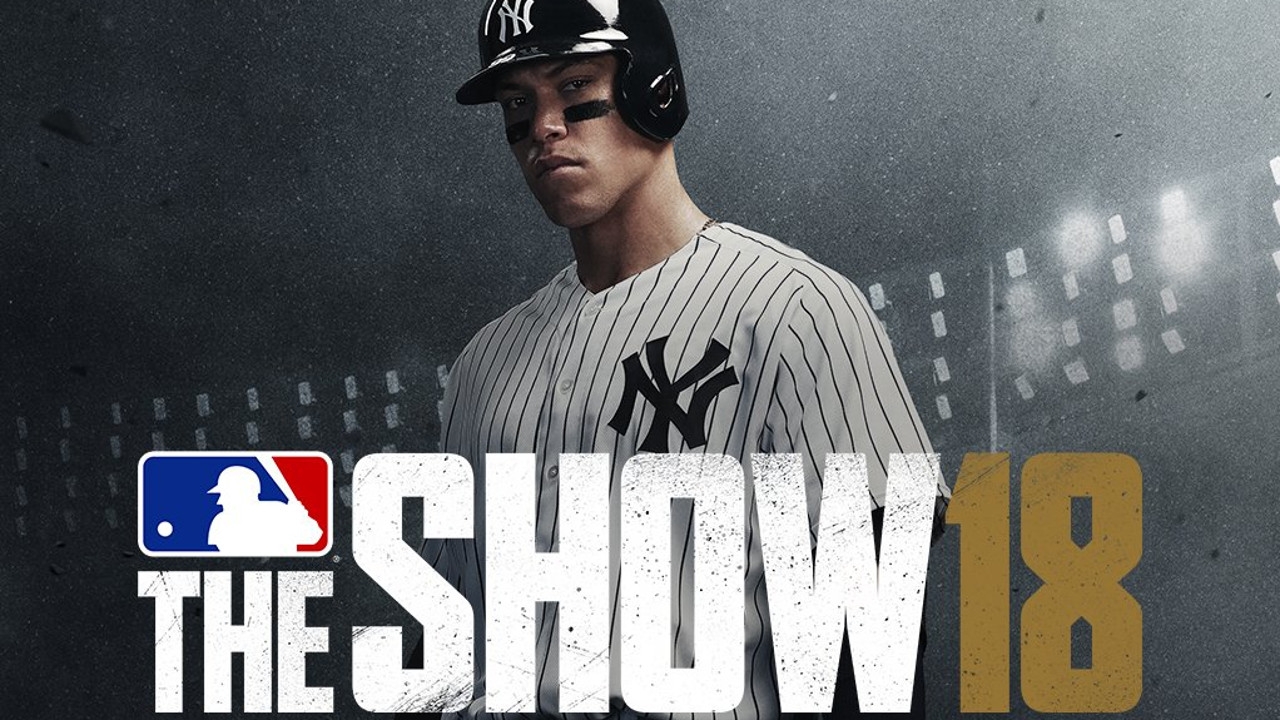 He has also made an appearance on an episode of The Tonight Show Starring Jimmy Fallon on May 2017. He signed an endorsement deal with Adidas for 2018 season after ending his contract with Under Armour. Before he also had a contract with Pepsi. All these services surely have rendered a significant amount of money for Aaron. 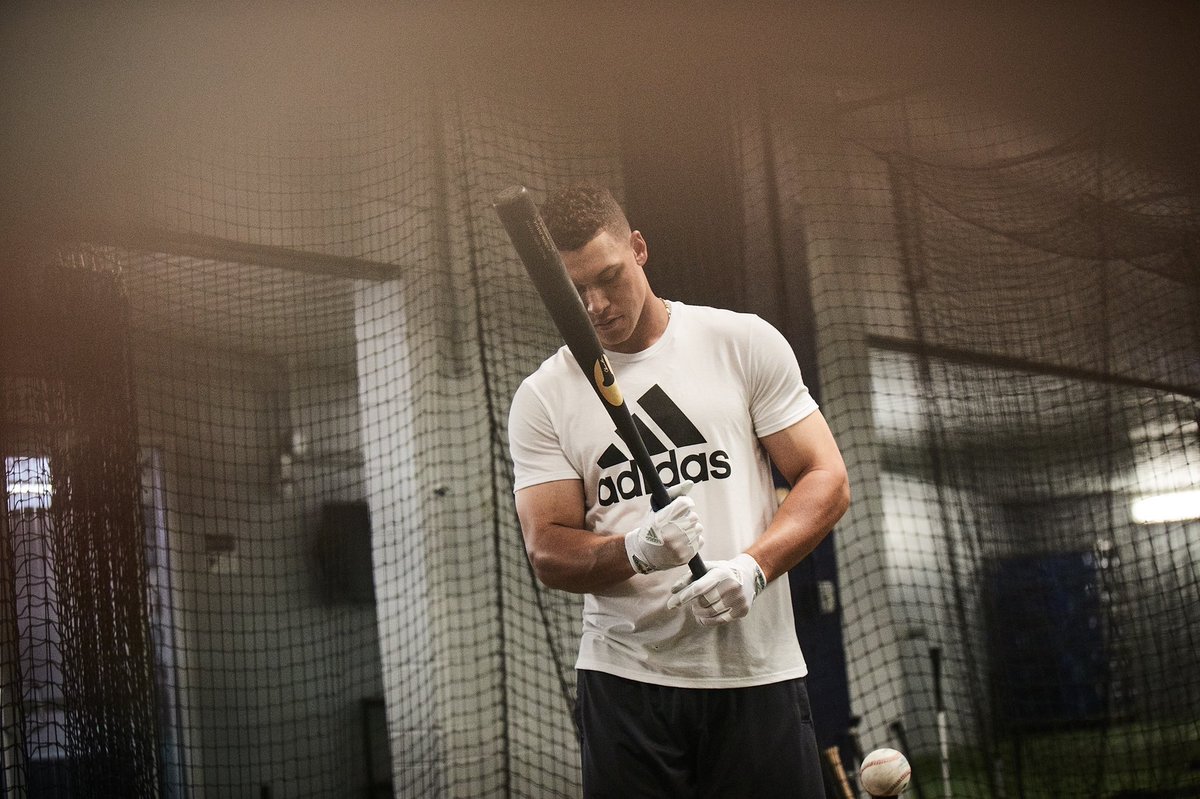 How was the Early life and Education of Aaron?

Aaron James Judge was born on 26 April 1992 in Linden, California. He was raised on Linden by parents Patty and Wayne who were both teachers. When Judge was 10 years of age, his parents revealed to him that he and his older brother John were adopted.
Aaron started playing baseball at Linden High School. He played as a first Batsman and pitcher in a baseball team in the beginning. He also played football and basketball team as a receiver and center during his high school days. He professionally chose to be a baseball player over other sports. He was a three-sport star at the high school.

After the graduation Judge has played for several minor Leagues. Despite being selected in the 31st round of the MLB draft in 2010 by Oakland Athletics, he decided to play for Fresno State. During his 3 seasons at Fresno, State Judge made 345 batting average hitting 93 RBIs, 18 home runs and posting percentage of .526 as a slugger. He received many awards and also was the winner of 2012 TD Ameritrade College Home Run Derby. In 2012, he won TD Ameritrade College Home Run Derby. 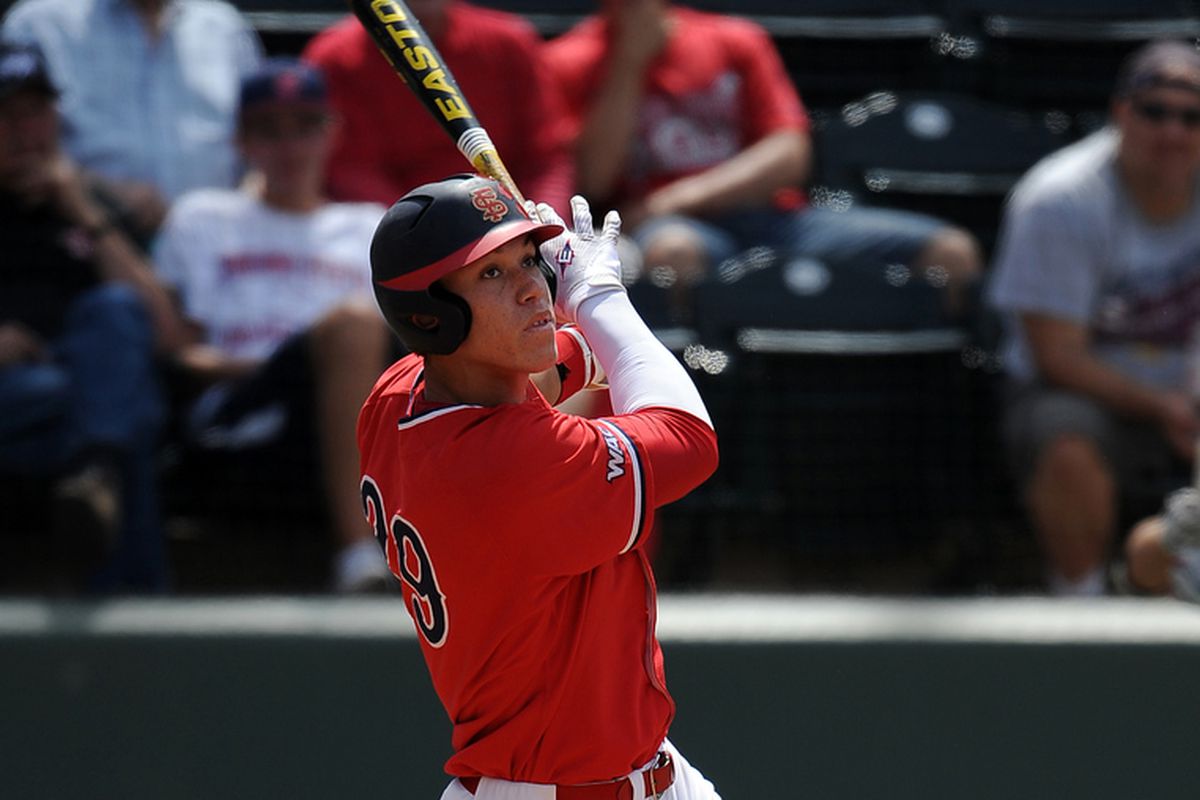 In 2013, he was drafted 32 overall by the New York Yankees. In 2015, he played in the All-Star Futures Game. Upon his contract, he signed a $1.8 million bonus with Yankees. Judge made his MLB debut in 2016. Since then he has been playing for the Yankees. He has made an appearance in 85 games as a professional baseball player.

Awards and Achievements of Aaron Judge

Aaron has won numerous awards through his career. Some of his awards include AL Rookie of the year, MLB-All Star, Silver Slugger and Home Run Derby. He made most home runs and walks in a rookie-season and set an MLB record. Aaron was titled in as 2017 Baseball All-star. He was American League Rookie of The Year.
Judge is the heaviest and tallest player in baseball history playing as a center fielder. He also became the fastest player in the history of MLB to reach 60 home runs in 197 games. 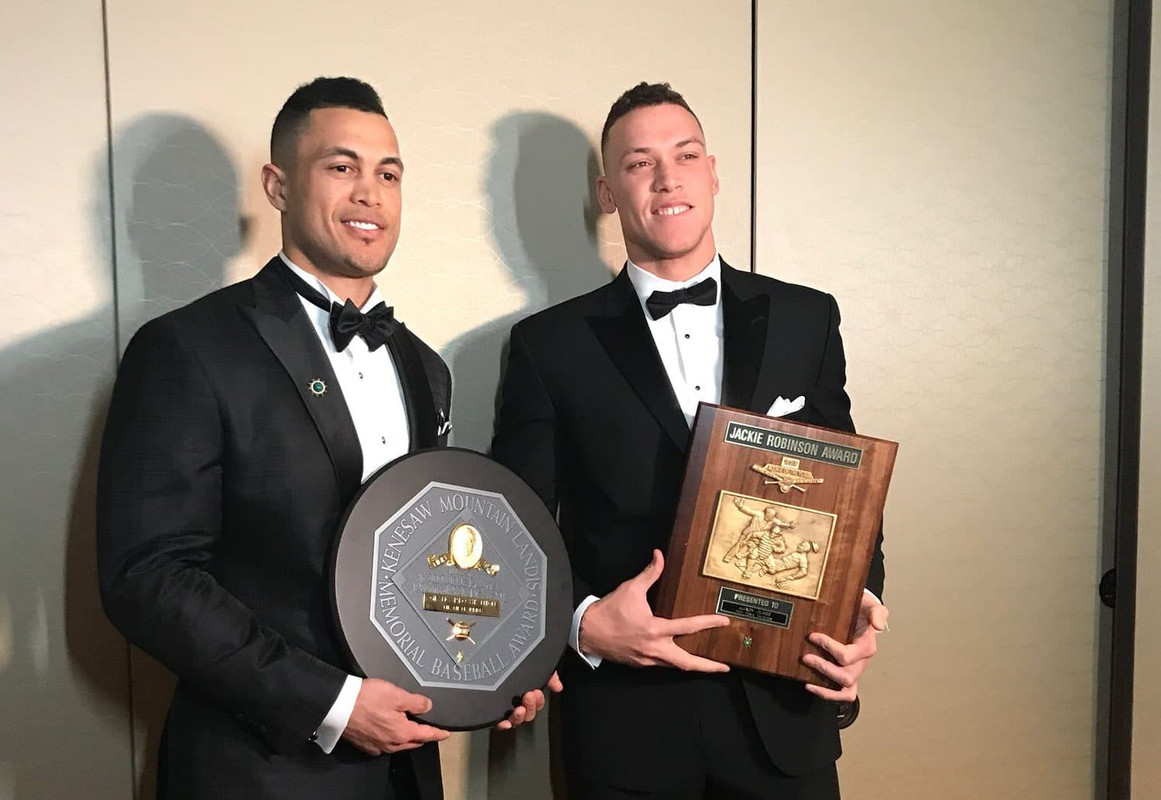 Aaron Judge is currently dating a gorgeous Instagram model and star, Jen Flaum. Jen is a big fan of Yankees. The couple has been seeing each other for a few months now and is spotted hanging out in different places. 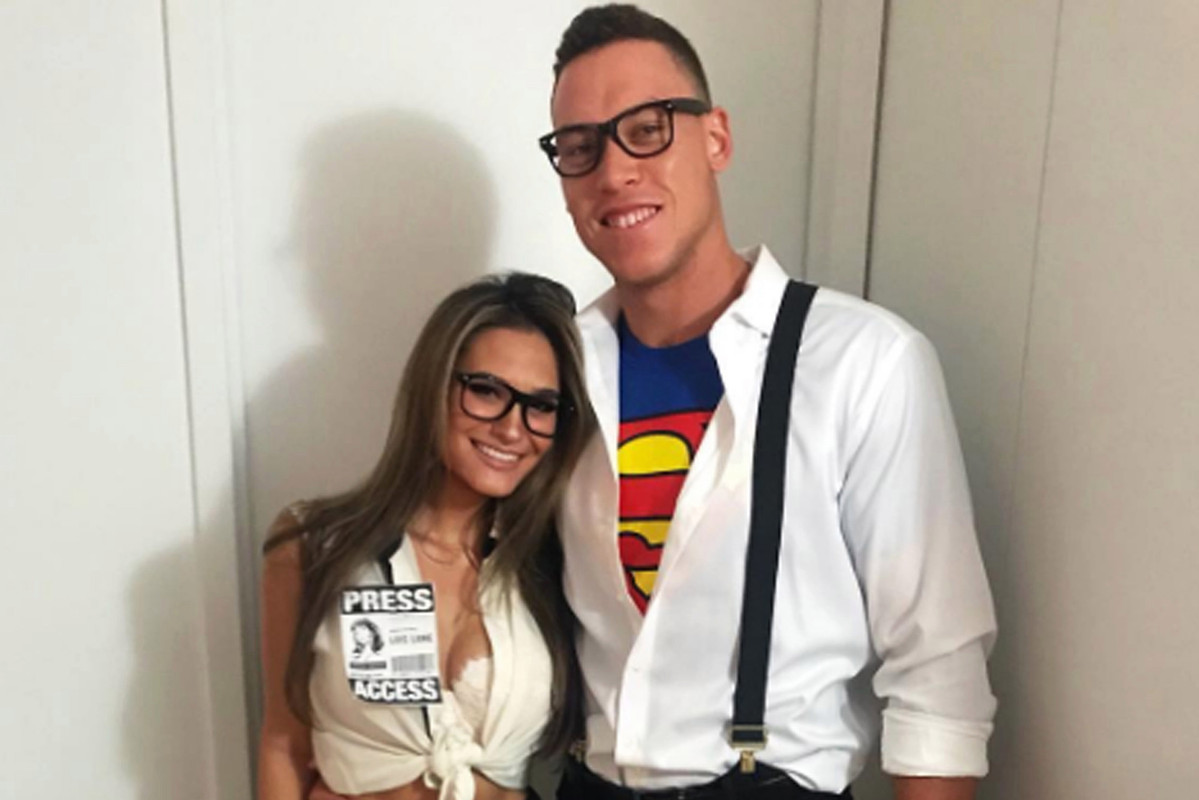