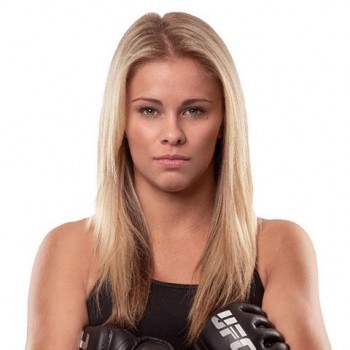 Facts of Paige VanZant’s net worth

Paige VanZant is an American mixed martial artist. She has also modeled for Nike and Columbia Sportswear. She has an estimated net worth of $370,000. Vanzant's estimated UFC salary/earning so far is $287,000 (bonuses+ official UFC Rebook sponsorship included). She currently competes in the Women’s Strawweight division of the Ultimate Fighting Championship (UFC). Her current UFC Strawweight ranking is #9, and her current MMA overall record is 7 wins out of 10 matches.  Nevertheless, Paige and her dancing partner Mark Ballas grabbed the second place in the 22nd season of the Dancing With the Stars in spring 2016.

Young Paige grew up learning ballet, jazz, and hip-hop at her parents' dance studio. As a teen, she loved engaging outdoor activities, riding dirt bikes, and fishing. Her father also gave her the nickname, "12 Gauge", because of her love of shooting and hunting. During her high school, she was regularly bullied by a group of girls for her short height and tomboy attributes. According to Paige, They also hated her participation in the cheerleading team the social pressure from the school eventually pressured Paige to learn MMA to defend herself. VanZant regularly started training in boxing and other martial arts at UFC veteran Ken Shamrock's gym in Nevada. Paige and her family had moved to Nevada after her freshman year because Paige was totally affected by the bullying she has had. She was looking for a dance studio when she came across the gym. At age 18 in June 2012, Paige made her MMA debut at UWF’s Tournament of Warriors finale against Jordon Nicole Gaza. VanZant won the match via split decision. Later, in September 2012, she remained victorious against Amber Stautzenberger via unanimous decision. Also, she had won her first amateur match in early 2012.

In 2013, 12 Gauze signed her contract with UFC as the cast member of The Ultimate Fighter series. Unfortunately, she was not allowed to participate in the Strawweight crowning reality series/competition because she was only 20. On the contrary, the minimum age limit was 21. VanZant later made her UFC debut against Kailin Curran on October 4, 2014, at UFC Fight Night: MacDonald vs. Saffiedine. She won against the fighter via TKO in the first fight round, also gaining the Fight of the Night award. Post her fight with Kalin, she has won against Felice Herrig, Alex Chambers, and Bec Rawlings. Likewise, she has lost against Rose Namajunas, and also against  Michelle Waterson.

Paige Michelle VanZant was born in the year 1994 on March 26th  in Dundee, Oregon. She was raised in Dayton, Oregon.