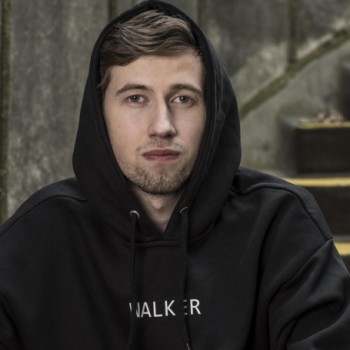 Alan Walker is a Norwegian music producer and DJ  who received platinum certifications in over 10 countries with his single track, ‘Faded’. Alan Walker net worth is estimated to be $2 million.

Alan walker who is a music producer and DJ earned fame after his song Faded became the hit of 2015. The song was listed in the highest place on the chart in more than ten countries. Along with that, it was in the top five in some other. Alan Walker's net worth is estimated to be $2 million where his main source of income is a youtube channel. Alan Walker’s channel has 11 million subscribers and gains 8 million views a day on average. Apart from his youtube channel, he is accumulating the good amount from streaming, live shows, music production and so on.

Cars and Properties of Alan Walker

Walker is also a very fond of cars as he bought Audi R8 GT Spyder as his first car at the end of 2016. The cost of the car is around $200 thousand. Although, Walker is young he lives with his family in Norway.

Career and achievements of Alan Walker

In 2012 at the beginning of his career, he started producing music on his own laptop with FL Studio. With the influence of the online feedback of his fan, he started to post his music on YouTube and Sound Cloud.

In 2014, he released his track, ‘Fade.’which became immensely popular and has over 300 million views on ‘YouTube,’ 70 million plays on ‘Spotify,’ and 20 million streams on ‘SoundCloud.’ In 2015, Alan Walker released the tracks, ‘Spectre,’ and ‘Force.’

On 27 February 2016, Walker gave his first live performance at the Winter X Games in Oslo, where he performed 15 tracks including the song “Faded” with Iselin Solheim. On 7th April 2016, Alan performed with Swedish singer Zara Larsson at the Echo Awards in Germany. In June 2016, Walker released the song, ‘Sing Me to Sleep' which was also a big success, and has over 400 million views on ‘YouTube.’

Walker held the first concert in his hometown on December 2016 which was titled ‘Alan Walker is Heading Home.’ Alan Walker released the instrumental version of the song, ‘Ignite.’on 2017 and also recorded his first song with Irish singer Gavin James and Walker became the top ‘YouTuber’ in Norway, with more than 15 million subscribers in 2018.

The early life of Alan Walker

Alan Walker was born on 24 August 1997 in the Northampton, England. His nationality is British-Norwegian. He was given two citizen certificate as His mother, Hilde Omdal Walker is of Norwegian origin and his father Philip Alan Walker is of British origin. He has an elder sister, Camilla Joy, born in England, and a younger brother, Andreas, born in Norway.

The young star Walker has kept his personal life a closely-guarded matter. He avoids disclosing his personal affairs and any rumors or controversial act regarding him.