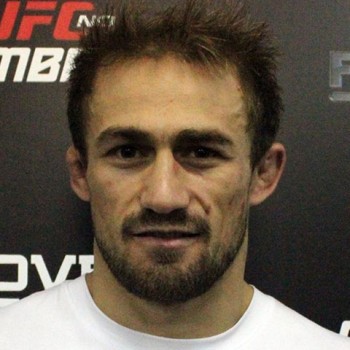 Facts of Ali Bagautinov’s net worth

Ali “Shamilevich” Bagautinov born on the year 1985, June 10 is a Dargin-Russian professional mixed martial artist with an estimated net worth of $357,000. Ali currently competes in the Flyweight division of the Ultimate Fighting Championship. The fighter with the latest stats holds #9 in official UFC flyweight rankings. Accounting his overall records, he has the total wins of 14 out of 19 bouts.

Bagautinov came into prominent rise when he became the World Combat Sambo champion in Minsk. During his Sambo career, he successfully defeated Novitski Vladislav, Razykov Alibek, and Sagyndykov. The winner later got banned with all Sambo awards and was suspended for two years, after getting positive for methylhexanamine.

Shamilevich signed the five-fight deal with UFC in June 2013 and faced Marcos Vinicius on September 4, 2013. The competitive first debut match was worth watching as it was extended to back and forth first two rounds. The match was held at UFC Fight Night while he won the bout via TKO in the third round. The fame followed him as he was successful to take out his second win against Tim Elliott. The bout which was fought on November 16, 2013 at UFC 167, he gains victory with the unanimous decision. He had his third fight against John Lineker on February 1, 2014 at UFC 169. The undefeated again claim the victory against John via unanimous decision.

On June 14, 2014 at UFC 174, he faced Demetrious Johnson for the UFC Flyweight Championship. The match was sensational and is taken as one of the most anticipated matches. However, Ali lost it via unanimous decision. The loss gave him little trouble for securing his future, while he got banned on July 10 for having positive results while testing erythropoietin. After the one year banned, he came back with full force against Joseph Benavidez on October 3, 2015. Ali couldn’t control the game and faced the lost via unanimous decision. Ali came with a big fist on his next match against Geane Herrera at UFC Fight Night 89. Showcasing excellent moves and hard strike, he conquered the sweet victory via unanimous decision. As per the latest bout, he faced Kyoji Horiguchi on November 19, 2016, at UFC Fight Night 99 after one canceled events. Despite being excellent inside the cage, Ali had to face lost via unanimous decision.