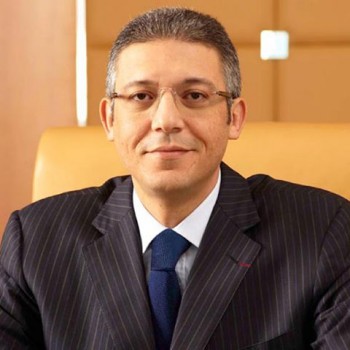 Facts of Ali Wakrim’s net worth

Moroccan businessman Ali Wakrim's net worth is over $600 million (estimated) because of his hard work, composed leadership, and family inheritance. Above all, people best know him for his involvement and family share in giant Akwa Group with Akhannouch family, and also as the Vice President of Akwa Group. In addition, he is the chairman of  Afriqua Gaz SA and director of Maghreb Oxygene SA. Furthermore, Ali is also the Chairman and Chief Executive Officer of Afriqua SMDC SA. Nevertheless, he derives a majority of net worth from his Akwa group shares. Likewise, he is the chairman of Techno Gaz as well. Furthermore, Ali has been handling the day to day management of Akwa group after Chairman Aziz Akhhanouch decision to focus on his political career.

Ali Wakrim in Knownetworth's Popular Men in Morocco, net worth, 2017

Later in 1959, Ali's father collaborated with Aziz Akhannouch's father, Ahmed, to form Afriquia Gaz. Previously, in 1932, Ahmed had started his journey opening a successful oil-per-liter selling stall in Casablanca. The business ultimately grew due to Ahmed's strong leadership and policies. Finally, in 1959, the fathers of Aziz Akhannouch and Ali Wakrim founded Afriquia SMDC in 1959. Much later in 2002, the organization got its name change to Akwa group. Nevertheless, Ali is a graduate from Universite de Pau. Since he was from a well estawell-establishedhe initially started his career joining his family business after his graduation.