Real name Belcalis Almanzar, Cardi B, is the first solo female rapper to top the US Billboard 100 chart after 19 years since Lauryn Hill. People love Cardi for her nonfilter attitude and honesty.

How did Cardi B make her Net-worth $5M within a Year?

Cardi B used to be a stripper and became an Instagram celebrity in 2012. According to the Guardian, she earned $21,000 by the age of 21 and saved $1,00,000 by the age of 25. She appeared on VH1 reality television series "Love & Hip Hop: new york" as a regular cast because of her popularity.

Cardi B collaborated with MAC Cosmetics and Rio Uribe’s Gypsy Sport for an event for New York Fashion Week in 2017.
The same year, Cardi B released her debut album "Bodak yellow" which earned her $4M. Now she has a Networth Estimated to be $5M.

Early life and career beginning of Cardi B

Cardi B was born on October 11, 1992, in Bronx-New York. Her mother is Trinidadian and her father is Dominican. Cardi was raised in the Highbridge neighborhood in the south Bronx section of Newyork by her grandmother that led to her strong and aggressive accent which is clearly reflected in her music as well as personality.  She completed her high school from Renaissance high school, New York.

Before her stardom, Cardi B claims to be part of Blood street gang, telling she was a gang banger since the age of 16.

She began her career as an exotic dancer in the club NYC dolls at 19 years old. She told, she became a stripper to escape poverty and domestic violence, being in an abusive relationship at the time. She has also said that stripping at clubs was a positive thing for her life in many ways. 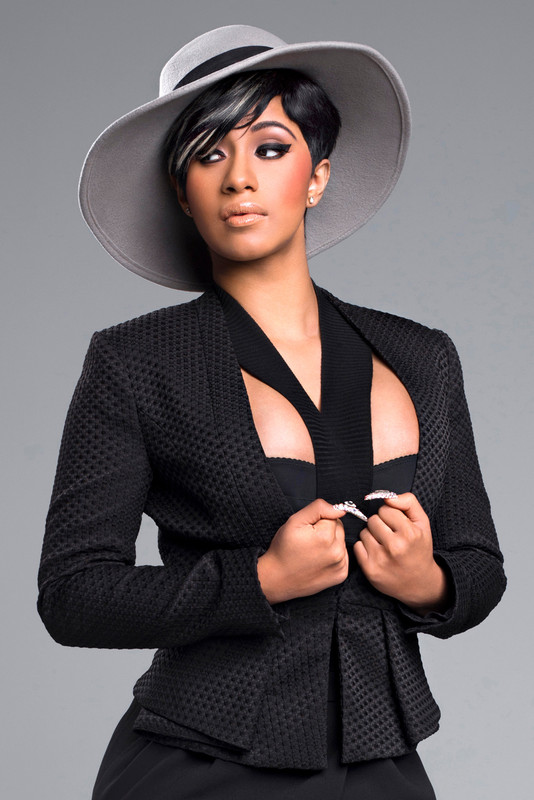 In 2013, Cardi became famous on Instagram due to her videos getting viral on social media.

In 2015, she got chance to debut in VH1 reality television series "Love & Hip Hop" season six. She was loved by the audience as she showed her real self. By then, she became the major cast of the series in season seven.

In November 2015, Cardi B made her musical debut on Jamaican reggae fusion singer Shaggy’s remix to the latter’s single, “Boom Boom”. Then in December of 2015, she made her music video debut “Cheap Ass Weave”.
On March 7, 2016, Cardi B released her first full-length mixtape, titled “Gangsta Bitch Music, Vol. 1.” Following Vol. 2 was released on January 20, 2017.

Cardi B was nominated for Best New Artist and Best Female Hip-Hop Artist at the 2017 BET Awards in May 2017.

On June 16, 2017, Cardi B signed Atlantic Records and released her first commercial debut album "Bodak yellow" which eventually topped the Billboard charts.
At the beginning of January 2018, Cardi B featured on Bruno Mars’s ‘Finesse (Remix)’.
Cardi B is nominated for two Grammys at the 60th Grammy Awards 2018: Best Rap Performance and Best Rap Song, both for 'Bodak Yellow'.

The rapper is committed to a romantic relationship with rapper Offset. They are engaged and are planning to get married spending over a million on their wedding this year. Both of them are seen making stacks of money rain in strip clubs.

Cardi B loves spending on herself. Before rising to prominence, She got her boobs and butt job done to look attractive.

After signing with Atlantic records, she bought herself a brand new $240,000 orange Bently Bentayga S.U.V.

Also, she spent $100k on a single watch. She is fond of custom designed chains, rings, clothing, jewels and nail arts. 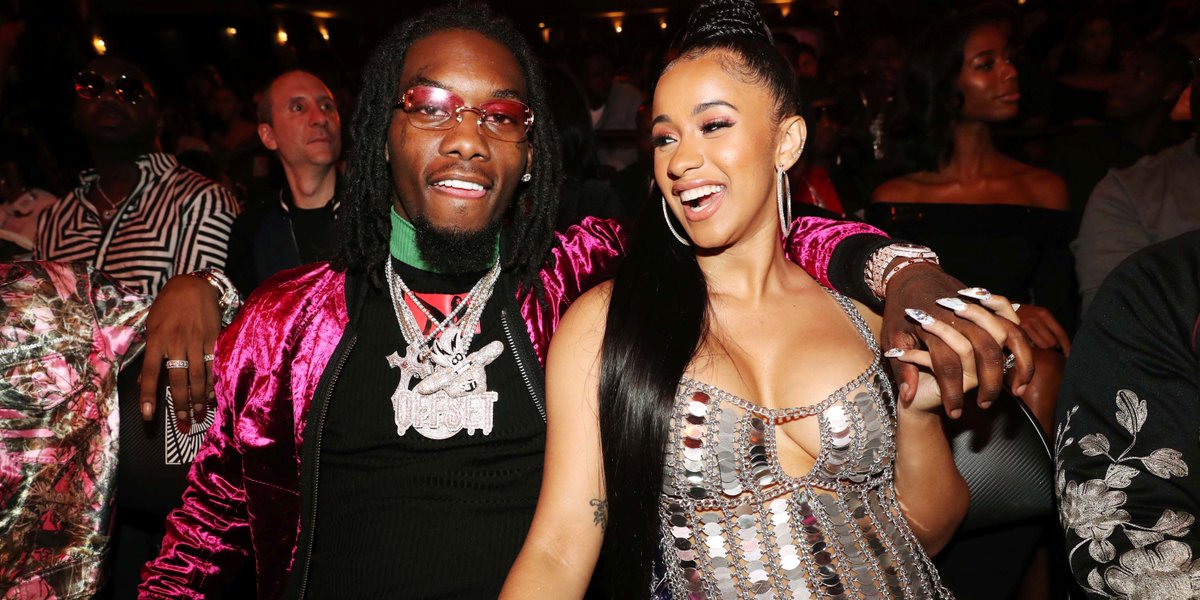