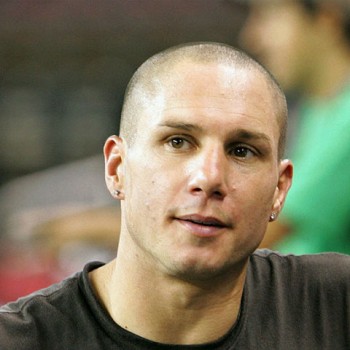 Facts of Dave Mirra’s net worth

Dave Michael “Dave” Mirra was an American bicycle motocross athlete, rally car driver, and businessman. The furious athlete had an estimated net worth of $15 million. Dave turned pro in 1992.  He then won a medal at every X Games medal from 1995 to 2009. He failed to win a medal only in 2006. His X-gamers overall career medal was 24, which is the second most medals in the tournament's history.

Born on April 4, 1974, April 4 in Chittenango, New York, Dave graduated from the (Cal Poly Pomona) California State Polytechnic University, Pomona. He grew up with his brother Tim. Dave started his career at the age of 13 in 1987 by joining Haro Bikes BMX team. After gaining the quick recognition, he enjoyed coverage in video producers Plywood Hoods' videos in 1988. In 1989, Vision Street Wear sponsored him.The talented player then got sponsored by GT Bicycles in 1991. Later, he joined Hoffman Bikes in 1992. Mirra won the Best Male Action Sports Athlete ESPY Award in 2005.  He retired from BMX riding in 2011. Apart from BMX riding, he was active as a rally/rallycross driver from 2008 to 2013. Mirra had also competed professionally for several years with the Subaru Rally Team USA. In fact, Dave was a member of the team which won the 2014 Race Across America four-person male (under 50) category. In addition to riding, he has hosted two seasons of MTV’s Real World/Road Rules Challenge. He has also featured in the  Dave Mirra Freestyle BMX video game series along with Colin McRae: Dirt 2.  Nevertheless, Dave was once enlisted in People Magazine’s 50 Hottest Bachelors list. Amazingly, Mirra signed an endorsement deal with DC Shoes in the mid-2000s. The BMX Hall of Famer is also the owner of the Bike Company named MirraCo (created in 20070. Above all, he experienced his first triathlon in March 2013.

The saddest news broke the internet on February 4, 2016, when he was found dead in a truck. In the reports, the authorities stated that the apparent self-inflicted gunshot wound killed him in Greenville, North Carolina. Mira has been survived by his wife Lauren and two daughters.