An American popular comedian, actor, and singer professionally known as Ed Helms have been able to accumulate the net worth of $20 million. 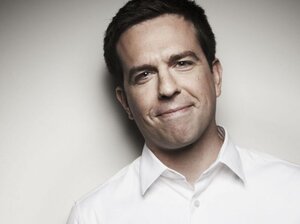 Ed Helms' house in Los Angeles worth around $1.5 million.The house consists of 3 bedrooms, 2 bathrooms and is built in an area of 1,576 sq. foot

Ed Helms started his comedy and acting career as a writer and performer with the comedy bands.He worked as trainee film editor and also recorded some rough tracks while working at Crew Cuts.

From the year 2002 to 2006, Ed Helms hosted various shows including Digital Watch, Ad Nauseam, This Week in God, and Mark Your Calendar.In 2005, he hosted Battle of the Bulge focusing on the wearing of bathing suits.In 2006, Ed Helms appeared in the series The Office alongside Steve Carell.The same year, he returned to The Daily Show.In 2008, he hosted Obama Quest.

For the subsequent year, Ed Helms made appearances on various tv shows such as Wilfred, The Mindy Project, Kroll Show, and others.He also appeared in as a guest in Running Wild with Bear Grylls in 2015.Helms played guitar on SNL in 2011.Ed Helms was the executive producer of the web series, Jake, and Amir.

In 2009, Ed Helms appeared in The Goods: Live Hard, Sell Hard.In 2011, Ed Helms starred in Cedar Rapids.He appeared in The Hangover trilogy(2009, 2011, and 2013) alongside Bradley Cooper.He had some minor roles in several films including Night at the Museum, Blackballed, Meet Dave, I'll Believe You, Evan Almighty, Semi-Pro. In 2012, Helms voiced in The Lorax.Then in 2015, he starred in Vacation.The same year, he also starred in Love the Coopers.In 2017, he voiced in the film Captain Underpants: The First Epic Movie.The same year, Ed Helms co-starred with Owen Wilson in Father Figures.

Besides acting career, Ed Helms is also the member of the band The Lonesome Trio.Ed Helms is the guitarist and pianist of the band.

Edward Parker Helms was born on January 24, 1974, in Atlanta, Georgia.He was the son of John A. Helms and Pamela Ann.Helms has one older brother and sister.At the age of 13, Ed Helms had open-heart surgery.

In 1992, Ed Helms graduated from The Westminister Schools.Then he went to Oberlin College and graduated in film theory and technology in 1996.

Ed Helms has received an honorary degree of doctorate in Fine Arts.

There is no any information about his love life.