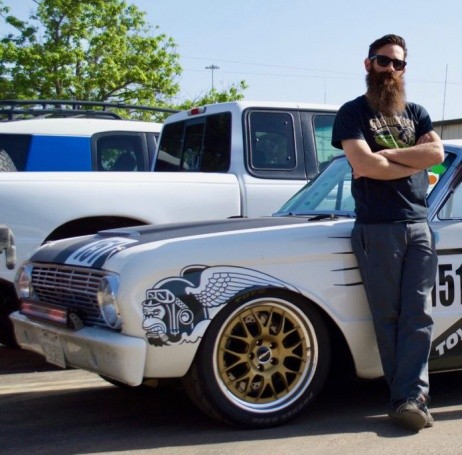 If you have watched “Fast N’ Loud,” then you might be familiar with Aaron Kaufman. The first thing you would love to see after you fly into Dallas is Gas Monkey. We all know that Richard Rawlings and Aaron Kaufman worked together for several years.

But now, what is Aaron Kaufman doing after parting ways with Richard Rawlings? Now, Kaufman has moved forward with his new shop named Arclight Fabrication. His millions of fans are desperately waiting to see him back on TV. So, here’s good news for Gas Monkey Mechanic Aaron Kaufman’s fans. Get to know below:

Richard Rawlings and Aaron Kaufman both worked for Gas Monkey Garage and successfully won millions of hearts. Rawlings’ hot rod garage near Interstate 35 and Royal Lane have been listed in one of the city’s biggest exports.

Actually, multiple of reality television shows, famous “Fast N’ Loud,” a chain of bars, music venues, and restaurant is what helped them to be the city’s biggest exports. When the empire existed, Kaufman worked hard at Rawlings, and he was regarded to be the top mechanic. Back in 2011, the production company came calling; Discovery bought the pilot, and Kaufman stayed with the show and helped it to make a huge success. For your information; “Fast N’ Loud” has three spinoffs for Discovery; Misfit Garage, Garage Rehab, and Demolition Theater.

In 2016, Kaufman left the Gas Monkey to start his own shop named Arclight Fabrication. And now with Rawlings’ blessing, he is all set to be back on TV with his show Shifting Gears. The show premieres at 9 p.m. Monday, March 5.

The show will be focusing in Kaufman and the team building custom cars and putting them in grueling exercises, testing their performance, and limitations. They might be destroying the cars in some cases.

We all know the love of Kaufman for the cars. Back in 2011, before the show “Fast N’ Loud” began airing, Kaufman told that cars don’t really die. He explained that cars do have multiple lives and they reincarnate.

In the same interview, Kaufman said that he was once a hippie who has dreamed of being a park ranger. He started involving into customizing cars as a teenager when he got a Jeep Cherokee.