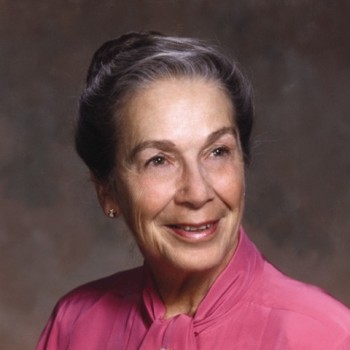 Facts of Helen Walton Net Worth

Helen Walton was the wife of Sam Walton, founder of Wal-Mart and Sam’s Club. Being an active philanthropist, she had the estimated net worth of $16.4 billion. Walton gains massive net worth after the death of his husband. After the death of Sam Walton, the majority of his worth was inherited to his wife and children. Gaining the utmost net worth 10% of the stake, Helton was ranked 11th as the America richest personality. While she was at number 13 on 2005 richest American list. Overall, the family has the total net worth of over $77.7 billion.

After the huge success of the Wal-Mart Inc, the family decided to go for charitable causes. Believing in good and take strategies, Walton Family Foundation has been the major source for numerous social charitable works. Helen Walton serving as the President of the organization donated $20 million in cash and merchandise in 2005 for Katrina Hurricane cause. Similarly, under the consent of Helen, the organization made a $300 million gift to the University of Arkansas.

Helen Robson Kemper Walton was born in Claremore, Oklahoma in 1919, December 3. She was the daughter of L.S. Robson, a prosperous rancher by profession. Walton who was the valedictorian of her high school class in Claremore, Oklahoma. While she graduated from the University of Oklahoma and has the degree in business.

Helen Robson tied her wedding knot with Sam Walton, who is the founder of Walmart Inc. The pair has four children namely Samuel Robson (1944), John Thomas (1946), James Carr (1948) and daughter Alice Louise (1949). Besides, she has been blessed with eight grandchildren and four great-grandchildren.

After the departure of Sam Walton in 1992, the ownership of Walmart was transferred to Helen and their four children. Though she remains inactive when it comes to Walmart, she spends a happy life with philanthropist work. During the last years of her time, she suffered from dementia but she gains peace with her passion in watercolors painting. Helen died due to heart failure at the age of 87 on April 19, 2007. At the time of death, she had an estimated net worth of $16.4 billion.