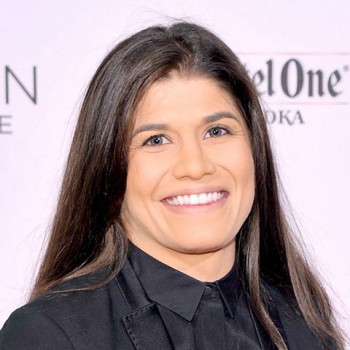 Facts of Jessica Aguilar’s net worth

Jessica Aguilar, born on May 8, 1982, is a Mexican American mixed martial artist. She currently fights in the Strawweight division of for the Ultimate Fighting Championship. Her current estimated net worth is $150,000. Likewise, her overall UFC salary/earning so far is $12,500 (bonuses+ official UFC Rebook sponsorship included).

Furthermore, she currently ranks at #11 in the UFC Women Strawweight division. Nevertheless, her overall MMA record is 19 wins out of 24 matches 2 by knockouts, 8 by submission, and 9 by decision. She is best known as a former WSOF Women’s Strawweight Champion. She has also enjoyed numerous awards and recognitions such as  2011 Female Flyweight of the Year, 2010 Female Fan Favorite of the Year, and  2012 Florida MMA Female Fighter of the year.  Last but not the least, she is a two-time Grappling World Championships Women's Senior No-Gi Gold Medalist. Besides fighting, she also spends her time managing franchise development for the Boca Tanning Club chain located in Florida.

Jessica made her MMA debut against Lisa Ellis at Absolute Fighting Championships 15 on February 18, 2006. She defeated Lisa via rear naked choke in the second round. Later, she defeated Sumie Sakai, Valerie Coolbaugh, and Catia Vitoria before making her Bellator debut against Lynn Alvarez in August 2010. She defeated Lynn via submission due to an arm-triangle choke in the first round.  Aguilar, however, lost her second Bellator match against Zoila Frausto via a controversial spilled-decision. On November 11, 2013, Jessica signed a contract with World Series of Fighting. Jessica won against Alida Gray at WSOF 8 and became the first promotional champion of WSOF Women’s Strawweight Championship. The dynamic fighter later successfully defended her title against Emi Fujino and Kalindra Faria at WSOF 10 and WSOF 15 respectively.

JAG signed a contract with Ultimate Fighting Championship on June 11, 2015. She then made her UFC debut against Claudia Gadelha. Jessica lost the bout via unanimous decision. She was close to fighting Julianna Lima at UFC 197, however, she canceled the bout due to her torn ACL and further surgery.

Recording her relationship status, she is currently living with her girlfriend. JAG is openly gay but not bisexual. She is proud of her sexuality.