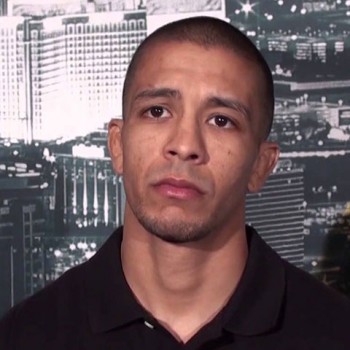 Facts of John Moraga’s net worth

John “Anthony” Moraga born on 1984, March 20 is a Mexican American mixed martial artist with an estimated net worth of $987,000 as per 2015. Accounting John income by years, he gains $759,231 in 2014 and $564,000 in 2013. Moraga currently fights in flyweight division of the Ultimate Fighting Championship and ranked #6 in UFC Flyweight rankings. Likewise, he stands #8 flyweight in the world by Sherdog.

Starting his career from the college days, he was the two-time University Freestyle All American Wrestler for Sun Devils. Moraga has the excellent record of 6-0 in his starting career. He made his debut on 2009 in Arizona’s local organization in the cage. Before making towards the UFC, he faced his first loss against John Dodson on 2010. Moraga also won five consecutive bouts after the lost and gain his entry in the UFC.

Moraga made his promotional debut against Ulysses Gomez on August 4, 2012 at UFC on Fox 4. Though he was supposed to face Ian McCall at first, he got replaced by Ulysses. Moraga gains his first victory and defeated Gomez via KO at first round. The big fame followed him when he faced Chris Cariaso at UFC 155. Moraga with several heavy moves won the bout via guillotine Choke submission. The beast gains his victory at the third round, while he also won Submission of the Night awards.

John faced his first UFC defeat against Demetrious Johnson at UFC on Fox 8. Though Moraga was excellent on his moves with several strikes. The champion was hurt however, Moraga couldn’t take him down until the fourth round. Despite of being terrific, Moraga sadly lost the bout in fifth round via submission. Moraga came back big and won the bout against Dustin Ortiz at UFC Fight Night 35 via split decision. He faced John Dodson at UFC Fight Night 42 and lost the bout via TKO. The fight was stopped by the doctor in between two and three round after the Dodson's knee broke Moraga's nose.

After he lost, he won consecutive two matches against Justin Scoggins and Willie Gates followed by two lost against Joseph Benavidez and Matheus Nicolau. Accounting his professional MMA records, he has the 16 win out of 21 matches.