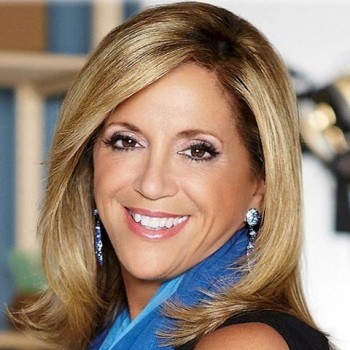 Facts of Joy Mangano’s net worth

Joy Mangano was born in the year 1956, February 15 in East Meadow, New York, U.S. She is an American inventor, entrepreneur, and businesswoman. A talented woman with a sharp mind, Joy, has an estimated net worth of $50 million. Most of her income comes from her inventions and salary/income from her television appearances while her other ventures have paid her very well.

The successful inventor came into the limelight when she came up with Miracle Mop. She was just an ordinary divorced woman with three kids when she invented 'Magic Mop,' which changed the lives of many people. She created the mop with its head made from a continuous loop of 300 feet of cotton. The mop can be easily pressed out without getting the user’s hand wet. It was hard for an ordinary woman to create such wonder. However, with her own savings and investment, she somehow managed to produce and manufactured first 100 units. Soon afterward, she sold the mop at trade shows and in local stores on Long Island. Soon, she was able to sell 1000 units to QVC. The company then insisted Mangano sell the mops on-air after she met the desired target easily. In doing so, she sold more than 18,000 mops in less than a half hour. Later, she has been with Arma Products (Ingenious Designs at present) and Home Shopping Network since the year 1999. By the year 2000, Joy Company was selling more than $10 million worth of Miracle Mops every year.

Joy has other several ventures and partnerships, which add ups to her high net worth. Huggable Hangers, Forever Fragrant, Clothes It All Luggage System, Performance Platforms, Comfort & Joy Textiles, and Shades Readers are some of her other inventions led ventures. Likewise, she has been regularly appearing on QVC since the year 1992. Besides, she has also appeared on The View, Made in the USA, and more.

Joy tied her wedding knot with Tony Marianne in the year 1978. The pair studied together and graduated from the Pace University. They have three children with each other, namely Christie, Robert, and Jacqueline Marianne. They split up in 1989. Currently, Joy is probably single.