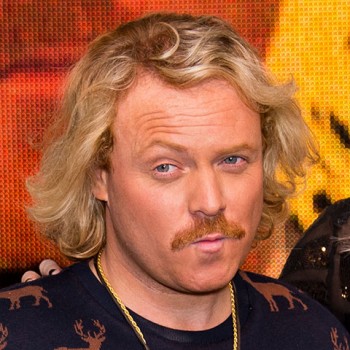 Facts of Leigh Francis’s net worth

Leigh Francis is a renowned English entertainer. More precisely, Francis is an award-winning stand-up comedian, actor, director, producer, writer and voice artist. He has an estimated net worth of $10 million. Fans best know Francis for creating Channel 4’s adult sketch show "Bo’ Selecta!" and also for portraying Keith Lemon in various ITV and ITV2 Shows including Keith Lemon’s LemonAid, Through the Keyhole, Celebrity Juice, and The Keith Lemon Sketch Show. Nevertheless, fans also know him for his talk show appearances. He is famous for appearing in such shows and interviews in one of his celebrity guises.

The humorous man-made his television debut on Dom and Kirk’s Nite O’ Plenty as the dating expert, Bobby Stark, in 1996. Later in 2001, he enjoyed his second television appearance as the music paparazzo, Barry Gibson, on Channel 4's variety show Popworld. Also in 2000, he portrayed celeb-stalker Avid Merrion on ITV's Whatever I Want. Likewise, in his early years, he performed a series of shorts for Paramount Comedy called Stars in the House. Later he landed a £250,000 deal with Channel 4 to produce a series based on his characters such as Bobby Stark and Barry Gibson. Consequently, Leigh created Bo' Selecta and started writing and performing on the show. The series showcased Leigh portraying series of celebrities by wearing masks to impersonate them. Likewise, he also portrayed the main non-celebrity character, Avid Merrion, on the show. The show was aired from 2002 to 2006. It lasted for five series. After Bo' Selecta, Francis created a brand new show called "Keith Lemon's Very Brilliant World Tour" taking  Bo' Selecta's character, Keith Lemon. Later, Francis spontaneously created Celebrity Juice following the success of the Keith Lemon act, which aired in 2008. During this period, he also co-hosted Sing If You Can with Stacey Solomon. Keith Lemon’s LemonAid and also made And in 2012, Francis made his feature film debut in Keith Lemon: The Film. Nevertheless, he has also been hosting Keith Lemon's LemonAid on ITV since 2012. Likewise, he has been presenting ITV's panel show "Through the Keyhole" since 2013 and ITV2's comedy show "The Keith Lemon Sketch Show" since 2015.

Leigh was born on April 30, 1973, in Beeston, Leeds, West Riding of Yorkshire, England. His parents brought him up on a council estate in Old Farnley, Leeds. Francis attended Farnley Park High School and later studied graphic design at the Leeds College of Art. He was discovered by television presenter Davina McCall when he was performing in-role stand-up comedy in a southern comedy club. Francis is a happily married man. He married his longtime girlfriend, Jill Carter, a beauty therapist, in 2002. Later in 2009, the pair welcomed their daughter, Matilda. The family currently resides in North London.