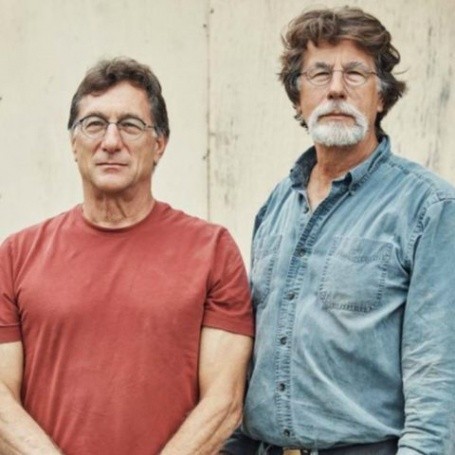 The Lagina brothers' journey for searching the possible treasure on Oak Island is mainly focused on the show. The Oak Island spreads up to 140-acre island that is located off of Nova Scotia in Canada. As Oak Island has always remained a mysterious treasure hunt since 1795, the show soon came into the headlines making people curious and excited regarding Lagina Brothers.

As the Lagina family is a close-knit family, it has made the Lagina brothers stay focused on their work on the Oak Island project. The support and being together is what made the brothers get focused and succeed in their work.

The Lagina family comes from Kingsford in northern Michigan. Speaking of the family, Marty’s son, Alex is an engineer just like his dad. You might see him on “The Curse of Oak Island.”

Marty earned his Bachelor of Science degree from Michigan Tech in 1977. While studying at Michigan Tech, he became a member of Tau Beta Pi and Pi Tau Sigma fraternities. He also attended Law School a the University of Michigan and received a degree in 1982.

During his study in the law school, he carried out several consulting works for the engineering related works and companies. He even founded an oil and gas exploration and production company, Terra Energy Etd in 1982.

When the Lagina brothers began working for "The Curse of Oak Island" back in 2012, their initial step was not so good. It was a very tough for them to get permit necessary for the work in Canada.

However, the brothers worked hard and managed to get the proper permits. They started working for the reality show and started looking for the lost treasure of Oak Island.

The Lagina brothers have worked hard and visited the island to search for the treasure of the Oak Island. They started a tour company that leaded several guests through the items found on Oak Island, it's mysterious, and tours of the entire island.

It also includes Money Pit and Borehole 10-X. The tour even has a small museum that does not allow the guests to see their photograph "War Room." It contains several mysterious items found on the island.